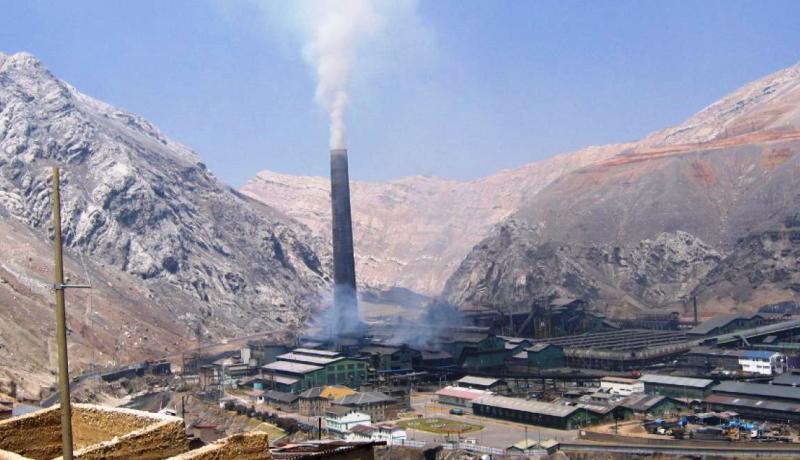 Peru’s government will likely ease sulfur dioxide emissions limits to attract investors to an auction for the La Oroya polymetallic smelter in early 2017.

The director of Dirige, the company managing the liquidation of the bankrupted Doe Run Peru’s assets, told Reuters that an auction for the historic smelter and the Cobriza copper mine in the central state of Junin will be auctioned off in the first quarter of 2017.

“It is difficult to ensure that the two units will be auctioned at the same time,” Pablo Peschiera said. “We will present them together until the board of creditors allows a piecemeal sale.”

Peschiera said that the final selling price for both the smelter and mine would likely be around $100 million, and legally required upgrades to the smelter would require $700 million more in investment. He added that Dirige is lobbying for the government to absolve the new operator from Doe Run’s environmental fines.

A former Doe Run Peru lawyer told El Comercio that the Chinese companies EETAC and CNMC were most likely to win the auction. China is the world’s largest consumer of copper and Peru’s top trading partner. But China’s tightening environmental legislation prohibits the refining of metals heavy in contaminants such as arsenic.

China’s state mining firm Chinalco, which operates the Toromocho copper mine also located in Junin, recently received a cash injection of $325 million as it struggles with billions of dollars in liabilities driven by environmental fines due to arsenic content in its copper concentrates. Chinalco’s director in Peru told Gestion that the copper from Toromocho is high in arsenic, antimony and other impurities.

A labor union representative told Gestion that there were nine companies evaluating the auction, and that his organization had already met with officials from Greennovo.

“EETAC has visited La Oroya seven times and they have a technical team of eight metallurgists from Greennovo doing due diligence now,” a source close to the board of creditors told El Comercio in July, adding that Stellar Mining and Capital Partners are only interested in Cobriza.

Doe Run Peru declared bankruptcy in 2009 when the financial crisis sent commodity prices tumbling and the company could not get credit to purchase concentrates for refining. The company has over $600 million in liabilities, including $500 million in fines for not complying with environmental standards and at least $90 million to local mineworkers.

An attempt to auction off the La Oroya smelter and Cobriza copper mine in 2015 received no bids, which analysts attribute to low prices for copper, Peru’s strict emissions limits and Doe Run’s pending liabilities.

After the failed auction mineworkers in La Oroya held protests which resulted in one dead and dozens injured to demand the government take action to save the smelter, without which the town of 30,000 would likely be abandoned.

While President Ollanta Humala’s government extended Doe Run’s bankruptcy by decree in order to give the liquidation process another year until a new government took office in 2016, it refused to relax emissions standards to the levels of Chile and Canada recommended by investors and workers.

Environmentalists point to the lead contamination in and around La Oroya, which gained international notoriety when TIME Magazine ranked it the fifth most polluted city in the world due to “dangerously high concentrations” of lead in the local children’s blood.

President Pedro Pablo Kuczynski in August backed a bill which ultimately changed Peru’s bankruptcy law to buy more time to find a buyer for La Oroya. He has advocated loosening the sulfur dioxide limits in La Oroya to attract a buyer. His economic plan calls for Peru moving beyond mining into value-added services such as refining.