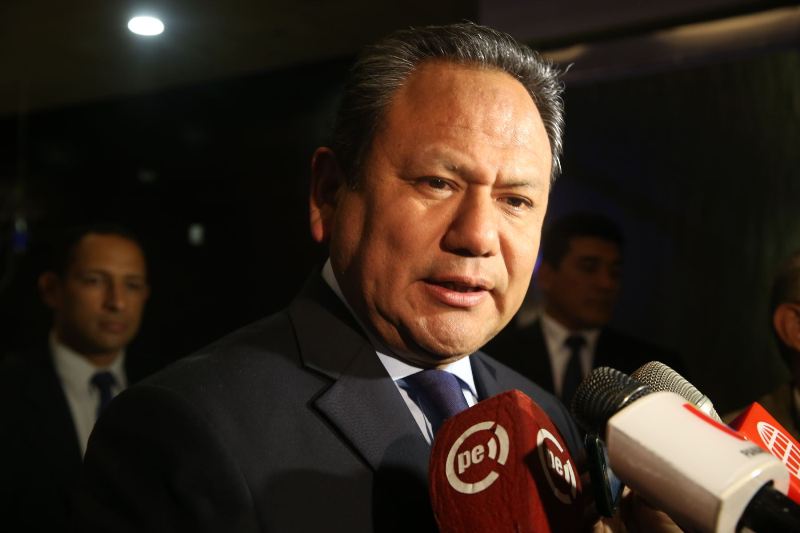 Peru President Pedro Pablo Kuczynski has accepted the resignation of defense minister Mariano Gonzalez after a news program revealed his affair with an aide.

Last Sunday investigative news program Panorama revealed that Gonzalez had hired his girlfriend, Lissette Ortega, as an aide at the defense ministry. The possible conflict of interest prompted Gonzalez’s resignation from the Cabinet of President Pedro Pablo Kuczynski.

“I have not committed any act of corruption, no administrative error or ethical violation. What I have committed is an act of love,” Gonzalez told Panorama. “There was no bad intention.”

In a country whose government sees frequent resignations and censures, Kuczynski’s first loss of a Cabinet minister on Monday, just four months after taking office, came faster than any of the three governments before him.

In January 2002, President Alejandro Toledo shuffled three Cabinet ministers after six months in order to strengthen his position in Congress. In February 2007, President Alan Garcia accepted the resignation of interior minister Pilar Mazzetti after disputes with the police.

Spokesman from opposition parties Popular Force and Broad Front criticized the late exit of Gonzalez, who they say only resigned because of the Panorama broadcast. On Tuesday a corruption prosecutor filed criminal charges of conflict of interest against Gonzalez for hiring his girlfriend under the state budget.

“The former defense minister would have sought a personal benefit through his control over the vulnerability of legal rights that his position in the state allowed him, by hiring Lissete Ortega as an adviser in the defense ministry,” the charges read.

The news comes just as Congress sets its sights on education minister Jaime Saavedra, the only holdover from Humala’s government. On Thursday legislators from Popular Force and APRA voted to call Saavedra to testify about procedural irregularities in his ministry’s purchase of $43 million in computers in 2015 and 2016.

After Saavedra testifies, Congress could impeach him with a simple majority vote. Popular Force alone controls 71 of Congress’s 130 votes.

Kuczynski and other politicians have called the campaign against Saavedra a witch hunt. Others have implied that it is being pushed by large private universities which stand to lose millions under the new university reform championed by Saavedra.

Saavedra will testify on Dec. 6.