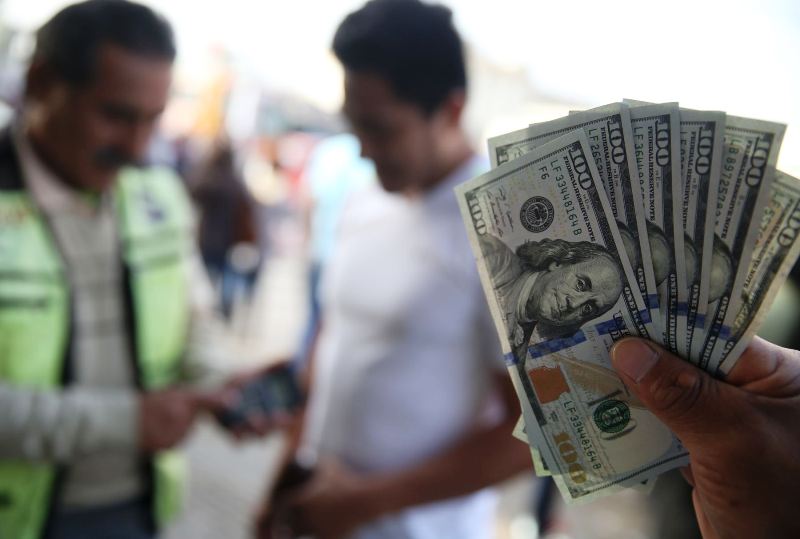 Peru’s currency closed last week at over 3.20 per dollar, a six-year low, on falling commodity prices and strong economic data from the United States.

Peru’s central bank intervened three times last week to sell a combined $263 million to support the currency and slow its slide past the psychological barrier of 3.20 per dollar. BBVA Peru chief economist Hugo Perea says that the bank is aiming to make the sol’s decline gradual.

“You have to understand that in Peru it is difficult to let [the exchange rate] float because there is the potential risk of a free-fall,” Hugo Perea said. “If we let the exchange rate float and we’re not prepared, the economy can decelerate very fast, and that has already happened to us.”

Perea says his firm is planning for the nuevo sol to fall to 3.30 per dollar this year and stabilize at 3.40 in the first quarter of 2016.

Investors are selling the nuevo sol as the price of copper, which makes up a fifth of Peru’s total exports, declines on sagging demand and increasing inventories in China.

Copper fell from a high this year of $6,840 per ton in May to $5,142, its lowest price since 2009 when the subprime mortgage meltdown halted construction in the United States. Investment bank Goldman Sachs forecasts the price to continue declining to $4,500.

China, which uses 40% of the world’s copper, is seeing its lowest GDP growth since 1990. Chinese stocks lost $4 trillion this year. In addition to a construction slowdown, the country has also seen inventories of copper and other commodities surge past demand.

Gold, another key export for Peru, is also trading at a five-year low. Oil, an important input factoring into the price of metals, is down over 50% in the last year with further supply to hit markets from the opening of Iran.

Positive economic data United States is further pressuring the nuevo sol’s decline. A likely interest rate hike from the Federal Reserve will make it difficult for Peruvian businesses and consumers who earn soles to service their dollar-denominated loans, which make up over a third of all loans in Peru.

High inflation is preventing Peru’s central bank from cutting rates to boost economic activity. Inflation grew at an annualized rate of 3.56% in July, the fifth consecutive month above the central bank’s target of 3%. Companies listed on Peru’s stock market have lost almost half their total value in the last three years.

“A lot of these countries thought they were in this golden sweet spot that would last forever,” said Brown Brothers Harriman’s emerging markets currency strategist. “Clearly it didn’t. Now that tide is going out.”

Dengue declines in northern Peru ahead of El Niño rains