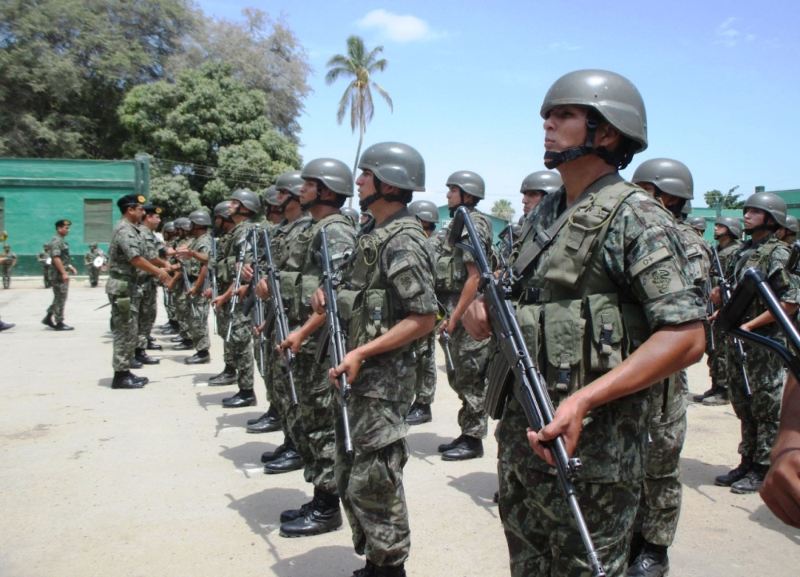 Peru has declared a state of emergency after fresh protests against the Tia Maria copper mine in Arequipa left one protester dead and several injured.

Last night an Arequipa judge ordered nine months of preventive jail for anti-mining leader Pepe Julio Gutierrez, who has been charged with extortion for allegedly soliciting a $1.5 million bribe from Southern Copper to end protests against the mine. According to Peruvian law, extortion carries a maximum prison sentence of 15 years.

The judge ruled there was not sufficient evidence to jail anti-mining leaders Jesus Cornejo and Jaime De La Cruz, who Gutierrez refers to in audio recordings as being complicit in ending the protests for a bribe. However the judge did prohibit each one from leaving the country, conducting loud meetings or communicating with co-defendants. He also levied fines of $4,800 and $3,200 on De La Cruz and Cornejo respectively.

Prosecutors who have investigated the Tia Maria opposition leaders ever since the release of the audio recordings made the case that Gutierrez, Cornejo and De La Cruz organized a criminal conspiracy in 2009 with the goal of extorting Southern Copper for money in exchange for ensuring peace in the Islay province where the company looks to build the Tia Maria copper mine. One of the prosecutors also accused environmentalist attorney Jesus Gomez, who originally recorded the negotiations with Gutierrez, as being complicit in the alleged extortion and recommended he also receive preventative jailing.

When the news reached Cocachacra, the town closest to the proposed mine which has seen the most violence, a group of protesters tried to block a highway leading to the town. Police intervened and clashes left one protester dead and five injured, including two police officers. After reports of the dead protester spread, a mob attacked the Cocachacra police station and detonated dynamite inside. Others broke windows and burned motorcycles throughout the small town in what La Republica described as the most fierce riots the region has seen since the indefinite strike began two months ago.

The fresh violence prompted President Ollanta Humala’s government to declare a 60-day state of emergency in all six districts of Arequipa’s Islay province. Under the Peruvian constitution, a state of emergency suspends citizens’ constitutional rights for a maximum 60 days to restore order. Specific rights suspended include personal freedom, the inviolability of the dwelling, the freedom to assemble and the freedom of movement.

“Although [Southern Copper] offered a pause so everything can be explained in detail and the technical subjects can be discussed, [protesters] have continued acts of violence today,” prime minister Pedro Cateriano said in a press conference accompanied by Peru’s defense, interior and justice ministers. “When the circumstances demonstrate that a small group does not want to abide by the constitution and the law, in other words violate the rule of law, the constitution provides the government with legal instruments to guarantee and maintain public order.”

Interior minister Jose Luis Perez told reporters the protester was killed by blunt trauma to the head near his left eye, and he underscored the injury was not caused by a bullet wound.

In 2012 President Ollanta Humala declared a state of emergency in three provinces of Cajamarca department during violent protests against Newmont Mining’s Conga gold project. The state of emergency was lifted after the maximum 60 days, only to face renewed opposition. The $4.8 billion project has been stalled ever since.

President Ollanta Humala deployed the Peruvian military to restore order in Islay province last week after protesters killed a police officer. Indefinite protests which began March 23 have now led to four deaths and over 200 injuries. Negotiations have failed twice as local farmers concerned for the environment have demanded that Southern Copper abandon the $1.4 billion copper mine. Tia Maria protests have resulted in seven deaths since 2011.