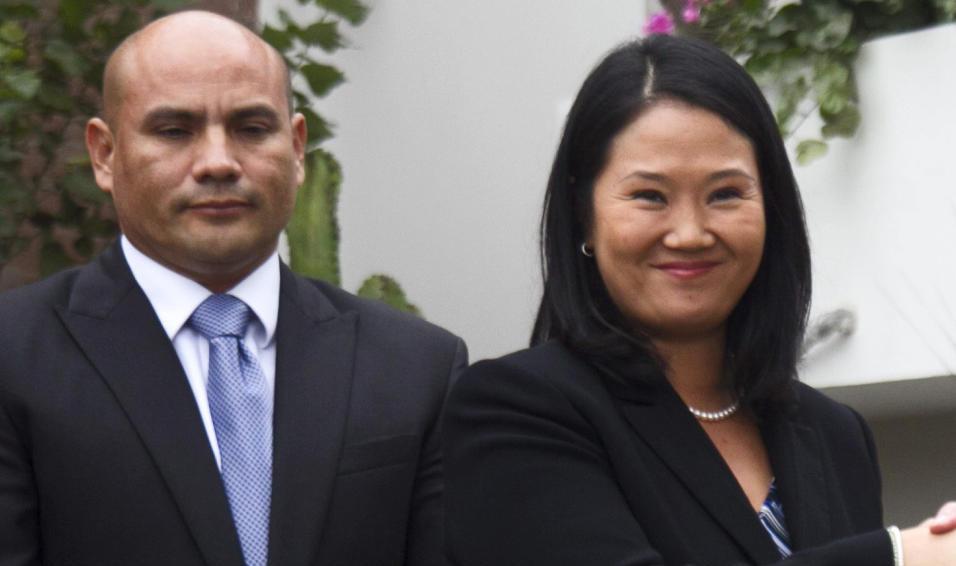 UPDATE: The DEA released a statement in the wake of the Univision report saying that Keiko Fujimori is not under investigation. The statement did not mention Joaquin Ramirez.

Peru’s investigative journalism program, “Cuarto Poder,” reported in conjunction with “Univision Investiga” that a DEA informant recorded Ramirez saying that he had laundered $15 million for Fujimori during her 2011 presidential campaign.

Peruvian pilot Jesus Vasquez, who has worked for the DEA since 2007, says that Popular Force chairman and sitting congressman Joaquin Ramirez approached him about starting a small airline company in 2013 to facilitate travel for the players of four soccer clubs he owns. Vasquez’s DEA contact told him to record everything said because Ramirez is a person of interest.

“We’re talking and [Ramirez] suddenly says, ‘You know that the Chinawoman gave me $15 million during the previous campaign to launder, for the 2011 elections, and I washed them through a chain of gas stations?” Vasquez told Univision. “Then I said to him to verify, ‘The Chinawoman, Keiko Fujimori, gave you $15 million to launder?’ ‘Yes,’ he said, ‘she gave it to me’. All this was being recorded.”

DEA spokeswoman Anne Judith Lambert confirmed to Univision that there was an open investigation into Ramirez.

“This is a sensitive investigation, and it’s ongoing,” Lambert said. “We cannot offer any comment.”

Vasquez, who has lived in the United States since 2011, told Univision that he is speaking out to prevent Keiko Fujimori from being elected president.

“Unfortunately the candidate Keiko Fujimori is emerging as the favorite to win [Peru’s elections on June 5]. It is a situation that worries me as a Peruvian because the illegal things they have done,” reads a letter Vasquez showed Univision which he sent to the DEA.

“I wonder what happened with that investigation and the actions you took. It would be possible to get copies of the recordings?” Vasquez writes. “I need your support to dismantle this gang that is about to take over my country …”

Ramirez told Andina that he would press charges against Vasquez for extortion. He says that he would not have been able to obtain loans from U.S. banks to buy two properties in Miami worth $3 million if there were pending suspicions of money laundering.

“I want to categorically reject what has been said about me. Three weeks before an election, to say that $15 million were laundered which I would have given Mr. Joaquin Ramirez is absolutely false,” Fujimori told Cuarto Poder. “I have never given money to Mr. Joaquin Ramirez. I have never worked with campaign money. This is part of a dirty war that I reject and condemn.”

Fujimori suggested that Pedro Pablo Kuczynksi, her opponent in Peru’s June 5 election, was behind the report. Fujimori told reporters that Ramirez would likely step aside as party chairman if the allegations are true.

“It is essential that DEA allegations linking Keiko Fujimori and Joaquin Ramirez to money laundering be clarified,” Kuczynski tweeted after the program broadcast in Peru.

“There are clear red flags that [Ramirez] and his party should clarify,” Mavila told Andina, referring to Ramirez’s vast personal wealth and questionable business transactions. “He never told us anything. I made public statements at the time and he said that his hands were clean and he would cooperate with an investigation, but he did nothing willingly.”

“Hildebrant y sus trece” reported that Ramirez had not declared his two Florida properties worth $2.6 million to Peru’s electoral authority.