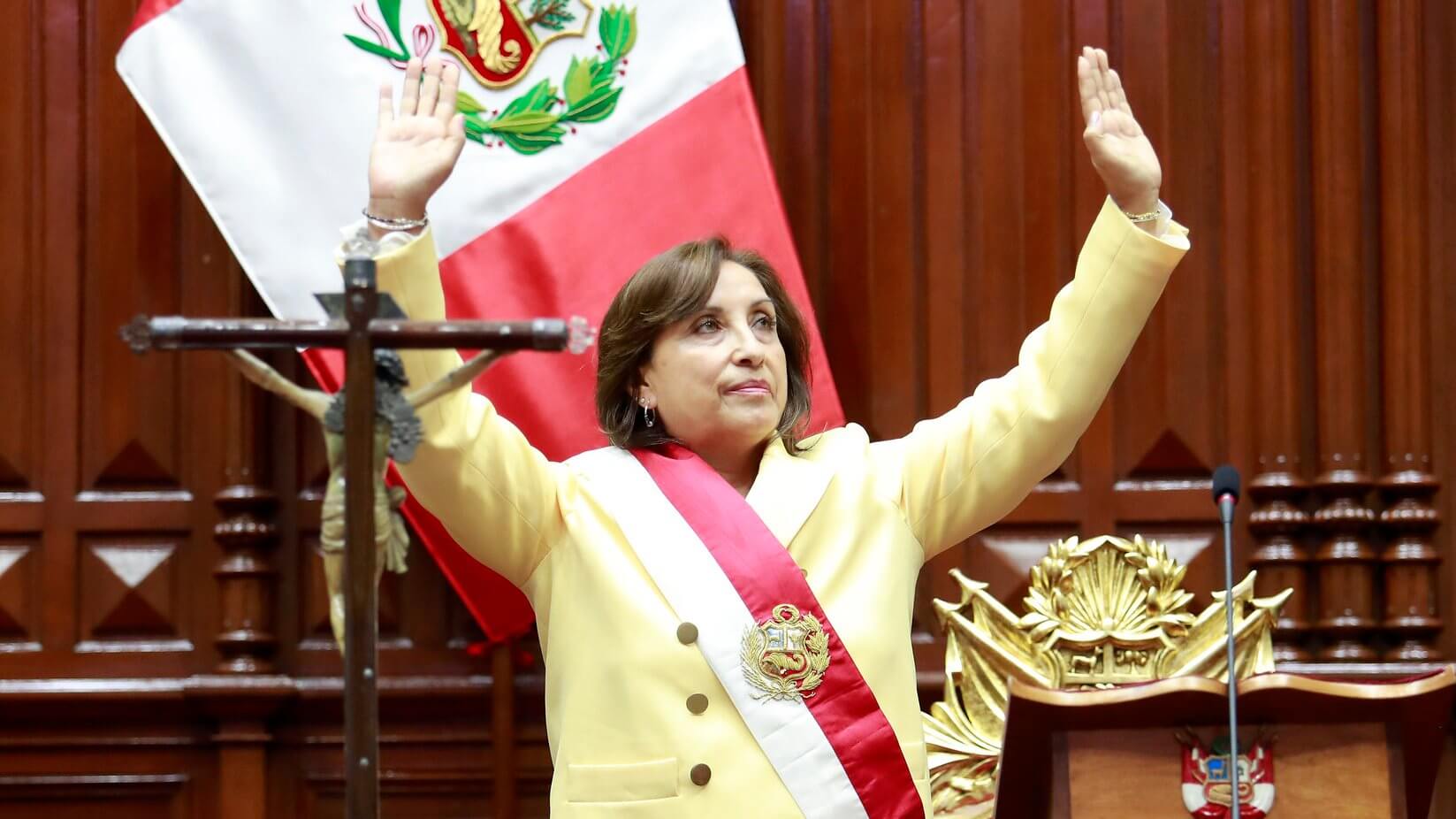 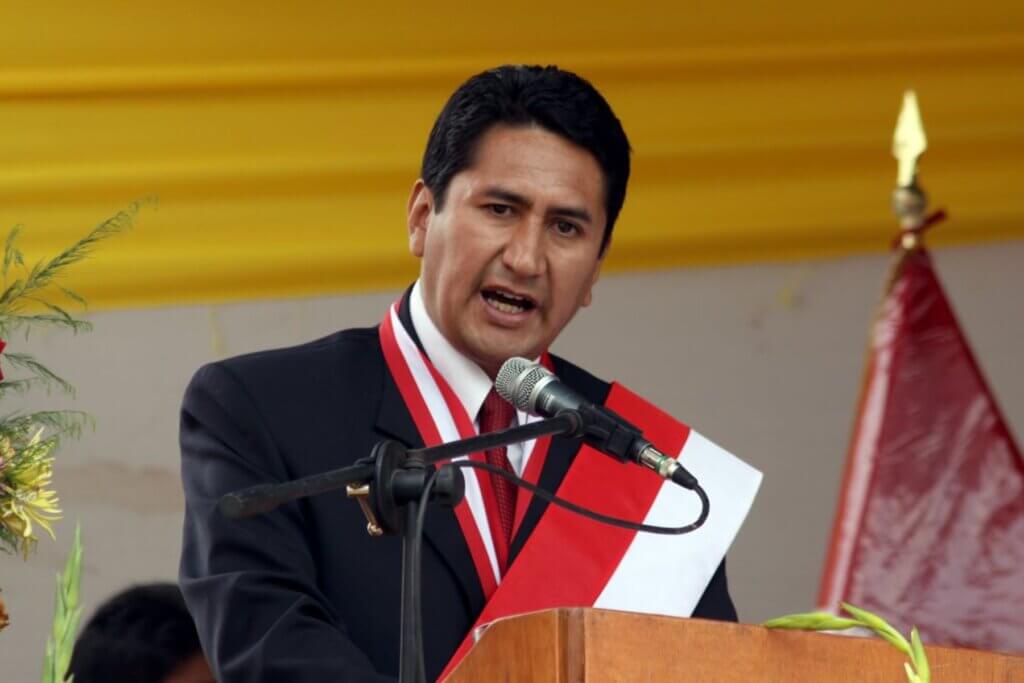 Lima, Peru — Vice President Dina Boluarte was sworn in as Peru’s president on Wednesday after her predecessor, Pedro Castillo, was ousted by Congress earlier in the day.

Boluarte is the first female president in the country’s history.

José Williams, president of Peru’s congress, swore her in at 4:00 p.m. Wednesday after hours of political instability stemming from Castillo’s attempt to dissolve congress. Castillo and his family have been detained by authorities.

Boluarte swore to fulfill her functions respecting the Constitution and announced that she will finish her presidential term on July 26, 2026. She added that she will not “make the same mistake” as her predecessor, who has been accused of running a corruption ring within the government. 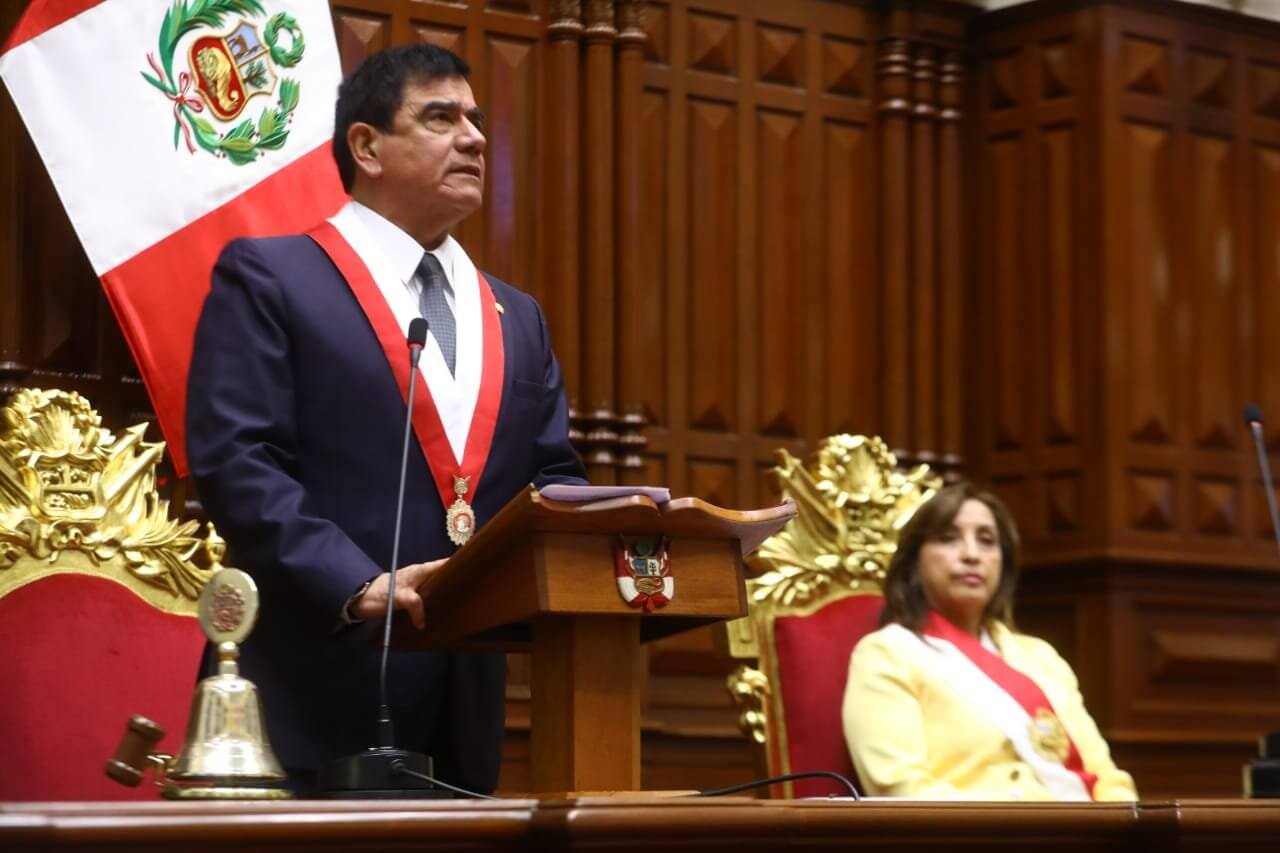 In her first speech as president, Boluarte called for a “political truce to install a government of national unity.”

She announced that her first measure will be to fight against corruption, with the support of the Public Ministry and the Comptroller’s Office.

“My first measure is to confront corruption. I have seen with disgust how the press and justice have reported shameful acts of robbery. This cancer must be removed,” she said.

The president said that she is aware of the “enormous” responsibility that she has assumed amid Peru’s political crisis. She then called for unity among all Peruvians.

Since Castillo’s removal from office, there have been no media reports of major protests or rioting within the capital Lima, or in other regions of the country. However, outside the police station where the former president is currently detained, small protests for and against Castillo have been reported.

“We reaffirm the support of the OAS for democracy, peace, institutionality and the urgent need to rebuild the democratic path; with an inclusive, open, frank and respectful dialogue,” he said.

Last week, the OAS submitted a preliminary report finding that Peru’s “democratic institutions” are “at risk” due to the highly polarized political environment.

Over the 16 short months of former President Castillo’s rule, there have been numerous shake ups within his cabinet, and officials have shifted from position to position quite regularly.

Boluarte served as both Vice President and Minister of Development and Social Inclusion.

In May, the opposition in congress filed a constitutional complaint against her for infractions related to her activity on the boards of two private business associations while simultaneously holding office.

Boluarte is a lawyer, graduated from the Master’s Degree in Notarial and Registry Law from the San Martín de Porres University and has more than 18 years of experience as a professional.