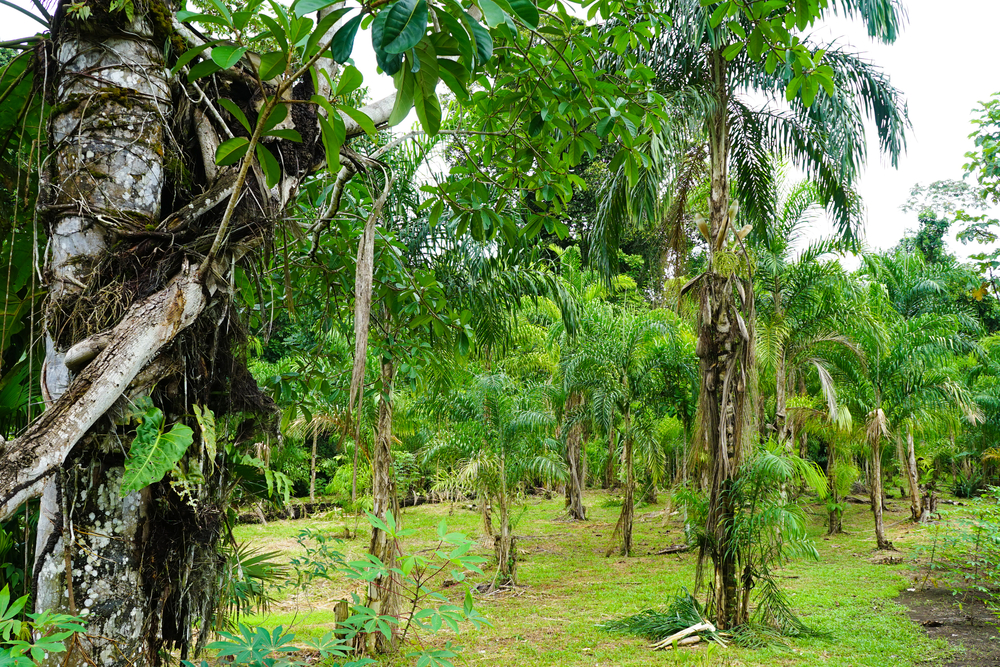 Continued oil drilling in Ecuador’s prized Yasuni National Park has led to significant deforestation despite government attempts at regulation in the region.

Monitoring of the Andean Amazon Project (MAAP) released a report Tuesday examining increased oil extraction efforts in Yasuni, a UNESCO biosphere reserve on the other side of Peru’s northern border. The group’s report announced that mounting levels of drilling “mark the official failure” of Ecuador’s 2007 Yasuni-ITT Initiative designed to protect the area.

In 2007, the Ecuadorian government delimited a large zone in the park’s center from drillers after decades of oil extraction in the northwest corridors of the park. A few years later, in 2013, Yasuni’s northeast section also became fair game for extraction efforts when former President Rafael Correa released drilling permits.

Despite a recent referendum intended to decrease the oil drilling area to a limit of 300 hectares (740 acres), MAAP’s detailed satellite photos have lead the group to say that “the total direct and indirect deforestation due to oil development is 417 hectares (1,030 acres).” 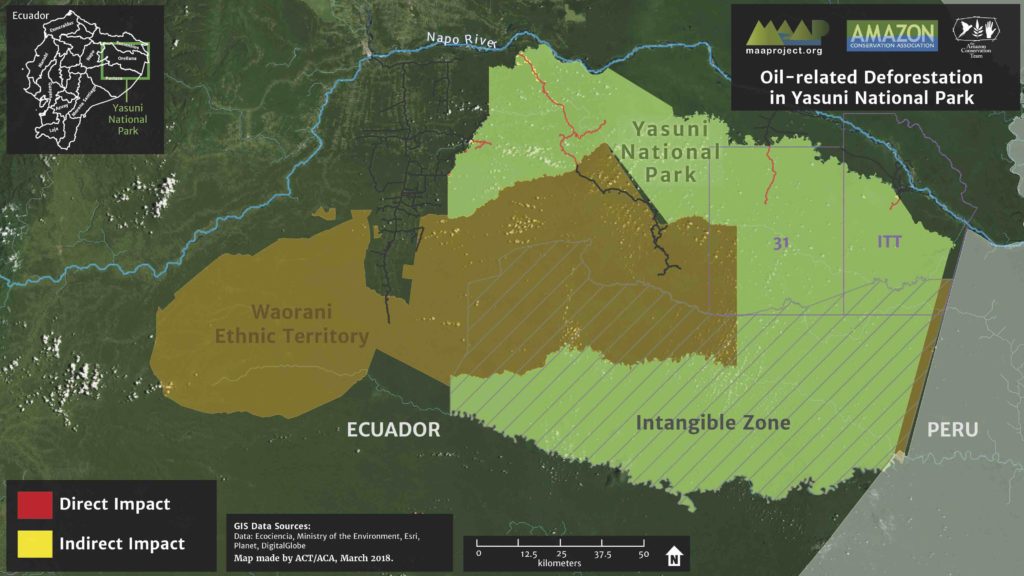 As shown in the map above, some of the extraction has infringed upon the Waorani indigenous tribe’s land.

Local indigenous tribes in or near the park have been trying to establish a stable industry of sustainable tourism, inviting foreigners into resorts and camping sites they have made in the park. They are stuck between the agonizing choice of offering up their ancestral land for huge profit from oil companies or to give it a go in the ever-competitive tourism industry.

The Ecuadorian government has claimed that there are three oil pipelines below the ground in Yasuni, but that all areas have been revegetated after the lines were installed. However, environmentalists say there is no way of knowing if that’s even the case.

“The government has not allowed any independent monitoring by scientists, journalists, or civil society,” said Kevin Koenig, the Ecuadorian program director at Amazon Watch, to environment news site Mongabay. “The well site is militarised, and aerial flyovers and images are prohibited.”

The deforestation of Amazon forest is happening directly within Peruvian borders, as well, as large chunks of forest have been cleared due to gold mining, oil palm and cacao plantations, and other agriculture.

Earlier this month, MAAP released a report saying that the carbon loss in Peru’s Amazon has been extremely significant in recent years after constant deforestation in Peru. Researchers say this has “exacerbated” the effects of climate change.

“We estimate the loss of 59 million metric tons of carbon during these last five years, the equivalent of around 40% of annual United States fossil fuel emissions,” the April 2nd report read.