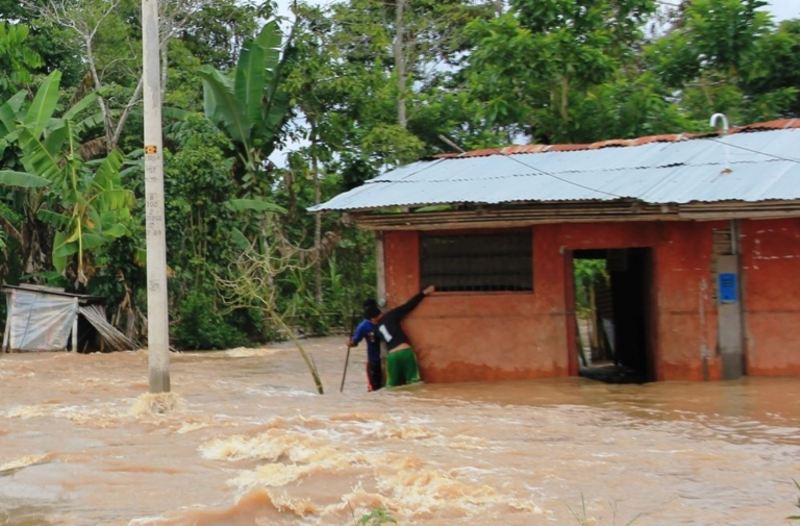 Heavy rains and flooding have killed eight and destroyed hundreds of homes in Cajamarca department.

In the Cutervo province of Cajamarca, a landslide measuring over a mile collapsed part of a mountain which held back water from two rivers in the area, which forced 30,000 local residents to leave their homes.

Cutervo mayor Anibal Pedraza traveled to Chiclayo to appeal for help. “We need [the central government] to support us with a helicopter so we can transport food and first aid to isolated villages. We are making the effort with the little we have, but we need the support of the government and a helicopter to evacuate families from La Salicia district who are cut off from communications.”

Torrential rains have caused landslides and flooding throughout Peru and northern Chile, prompting various local governments to declare states of emergency. Peru’s civil defense institute released data on the rains’ destruction throughout the country. According to Indeci, 43 people have been killed, 57 injured and seven are missing.

Of Peru’s 28 departments, 23 have been affected by torrential rains, flooding and landslides since October.