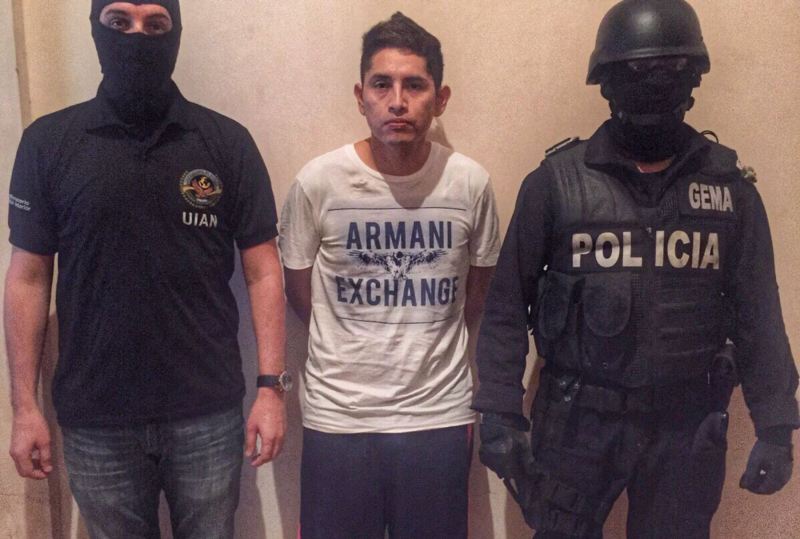 Alleged drug trafficker Gerald Oropeza was arrested in Ecuador and extradited to Peru on Sunday.

Nicknamed “Tony Montana” by Peruvian newspapers, Oropeza captured national attention in April when his Porsche Cayenne SUV was attacked in Lima by a team of assailants with automatic weapons and grenades.

While Oropeza escaped, public scrutiny led to an investigation and a judge ultimately issued a warrant for his arrest in May. Oropeza had been a fugitive for just over four months when he was captured while strolling a beach in Salinas, Ecuador.

Oropeza was flown to Lima from Tumbes on a military plane wearing a bulletproof vest and helmet. He is wanted for questioning for his links to organized crime as well as government officials.

Oropeza has ties to the APRA political party, and his lawyer Facundo Chinguel is currently in jail for charges stemming from the “narco-pardons” scandal during the administration of Alan Garcia, in which convicted drug traffickers paid or provided services in exchange for pardons.

Oropeza allegedly controlled key access points in the port of Callao, which he used to smuggle cocaine into containers bound for Europe.