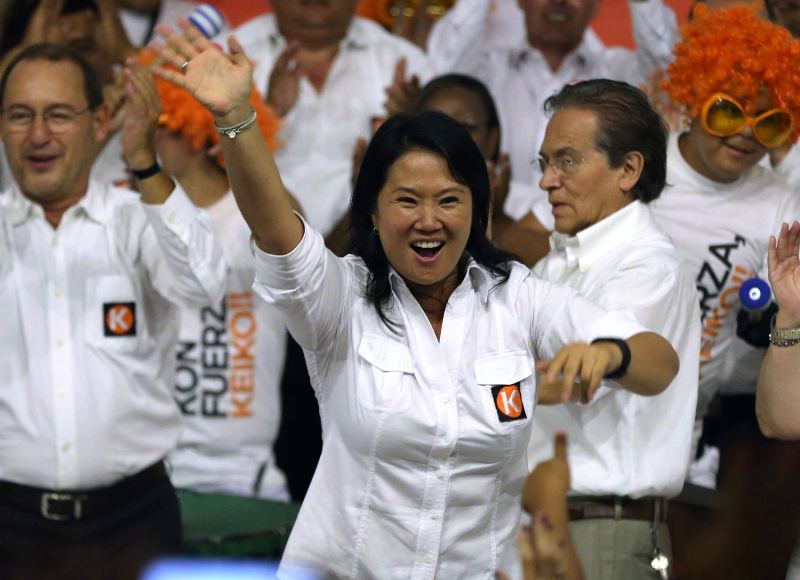 Peru’s electoral authority has ruled that presidential frontrunner Keiko Fujimori would not be disqualified from 2016 elections for alleged vote buying.

The JNE elections board ruled last week that Fujimori had not violated a new law which prohibits candidates from giving or promising gifts worth $6 when she attended a hip-hop and break-dancing event in Callao where contest winners won $89 in cash.

However, while seeming to absolve Fujimori by citing that she had not mentioned or delivered the prizes, the JNE recognized that the event was clearly sponsored by Fujimori’s Popular Strength political party and deferred the issue to JEE special elections tribunal for Lima.

“The candidate has not engaged in the prohibited activities of offering or giving money or gifts in the aim of obtaining votes,” reads the JEE statement which was issued on Thursday morning just after midnight.

“This was the end of a dance contest organized by the group, Factor K, and not by the political organization. Therefore, the event always had a prizewinning nature as opposed to a political event, with the dance contest being the motivation of the announcement.”

Earlier on Wednesday, the JNE affirmed an earlier decision to bar Fujimori’s second vice presidential candidate, Vladimiro Huaroc, from running for Congress. That board foreshadowed its exoneration of Fujimori in the resolution confirming Huaroc’s exclusion.

“The candidate [Huaroc] is who directly realizes the offer, promise and deliver [of gifts]. Now, if it is alleged that the delivery is done ‘through a third party,’ it would have to be proven beyond the shadow of a doubt,” the resolution states.

The decision to keep Fujimori in the race provides a clue as to how the JNE and its subsidiary tribunals will rule on a similar vote-buying charge against second-place presidential candidate Pedro Pablo Kuczynski, who attended a campaign event in Junin in which a local congressional candidate gave away beer and liquor.

As in Fujimori’s case, Kuczynski did not mention or touch the beer or alcohol. He can be seen giving away coca leaves, but the amount which appears in his hand would not amount to the value threshold of illegal gift-giving. Six dollars of coca leaves in the Peru highlands would fill a medium-sized trash bag.

The JEE also absolved Fujimori’s brother, Kenji Fujimori, in his reelection bid for Congress as well as National Solidarity presidential candidate Hernando Guerra’s running mate Jose Luna, whose candidacy had been challenged for offering a scholarship to the Telesup University, of which he is an owner. The National Solidarity ticket is not a top-five contender in Peru’s 2016 presidential elections.