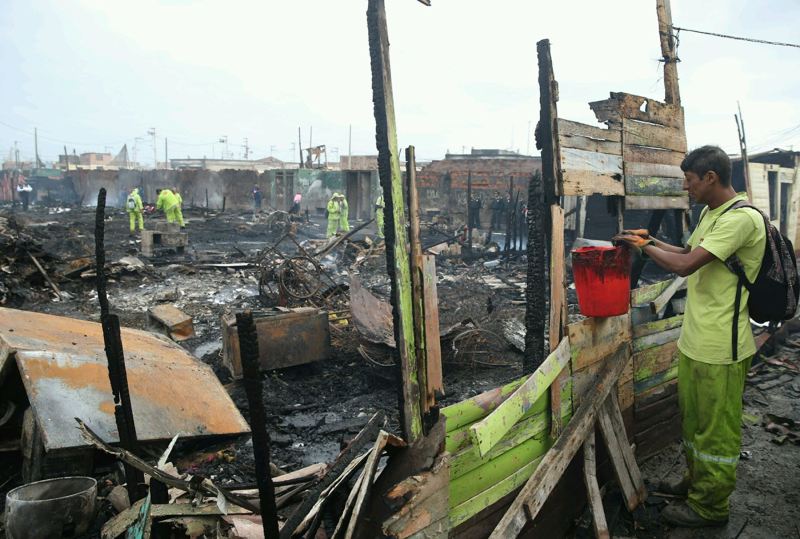 A large fire in a crowded Callao shantytown destroyed at least 63 homes and left up to 300 people homeless.

Authorities have attributed the fire to an electrical short somewhere in the quarter-acre Canada shantytown in Callao’s La Perla district. There were no injuries or deaths, but as many as 80 homes were destroyed as the fire quickly consumed the homemade structures mostly built of wood. Local firefighters’ task was rendered impossible by a lack of running water.

Callao’s municipal government has begun cleanup of the site and provided the dozens of homeless families who refuse to leave the area with tents and sleeping bags.

“These families have lived here for many years and they refuse to leave. At one point they were offered [lots in the Pachacutec district], but they didn’t want them. It’s a social issue,” said a community development manager. He added that 50 families received government documentation formalizing their property years ago, but the informal property system prevailed as the area grew to more than 90 families.

“Where one family used to live, now there are three to five families.”