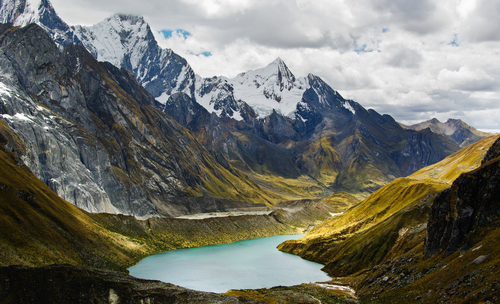 Peru has jumped on board a historic environmental protection pact alongside Latin American and Caribbean countries. Known as the Escazú Agreement, the pact between the countries was made at this week’s 73rd UN General Assembly in New York where world leaders are gathered.

The longer name for the accord is the Regional Agreement over the Information to Access, Public Participation and Access to Justice in Environmental Affairs in Latin America and the Caribbean.

Peru’s current administration has said that deterring climate change is a priority for the country and the region, especially as it relates to protecting marginalized communities.

“The possibility of permitting the most vulnerable populations effective access to information and promote environmental justice (is a priority),” Environmental Minister Fabiola Muñoz said.

She added that transparency has been fundamental for the government to emphasize. President Martin Vizcarra echoed those statements from his environmental minister.

“We have the moral obligation to protect our planet for the next generations and to guarantee our citizens the right to a healthy environment,” Vizcarra said from New York. “This is a personal conviction and a political one for the state, which is why I assure you that Peru will continue to promote actions at the national and international level to effectively fight against climate change.”

The pact between Peru and 12 other countries in the region has been six years in the making, according to Muñoz.

The Escazú Agreement is named as such because the pact was initially adopted in March in the Costa Rican municipality of Escazú.

Peru and five others take Venezuela to the International Criminal Court