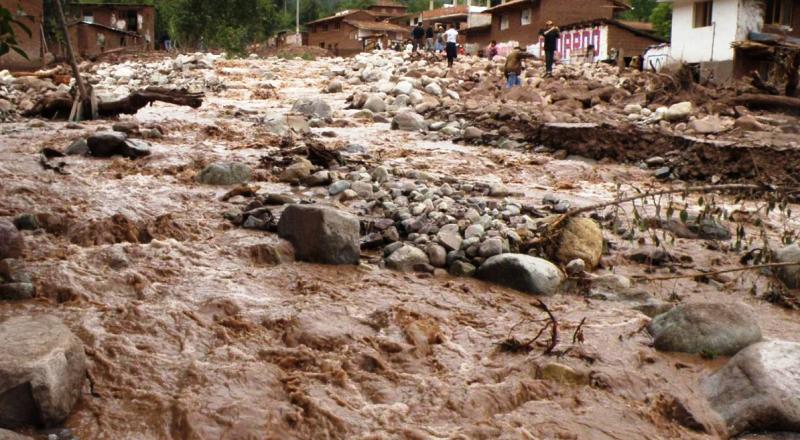 While the current El Niño is not the extraordinary event it was feared to be, heavy rains have begun to take their toll in Peru’s northern, southern and jungle regions.

Floods and overflowing rivers have destroyed hundreds of homes and damaged thousands. The rains have also ruined key bridges and caused the closure of roads throughout the country. Three people were killed in a landslide in Apurimac, which brought the year’s total to five after two were killed in a similar landslide in a rural province of Cusco.

“The situation could continue through March and it is possible that, in some sectors, downpours can reach historic levels and even exceed the values of El Niño during the summer of 1997-98,” a meteorologist with Peru’s weather authority told Peru 21.

The northern city of Tumbes saw 12 inches of rain during two days last week, almost four times what the city sees in an average month. San Martin state has lost over 8,000 acres of crops to the floods.

In Arequipa, where droughts had already devastated various crops all summer, an unexpected downpour caused flooding which ruined another $14 million in harvests which had survived the lack of rain.

Landslides in the Huarochiri province east of Lima covered the Central Highway with rocks and mud. Also blocked in other areas, the key road is blocked indefinitely. While the Central Highway is the key access road used to deliver food to the capital from the interior of the country, food prices in Lima have not spiked as trucks have been able to make deliveries via other routes.

On Monday Peru’s defense ministry deployed hundreds of soldiers to assist in cleanup and prevention efforts in Lima, Piura and Tumbes.