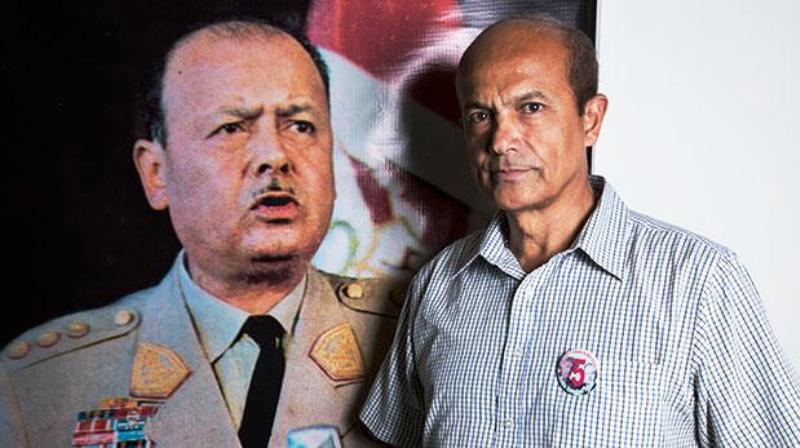 While the 1970s military dictatorship which oversaw the national deficit as a percentage of GDP increase from less than 1% to 10% in just five years is widely considered to have been an economic disaster for the country, Javier Velasco looks to redeem his father in his quest for Peru’s presidency on a platform of 21st-century socialism.

After failing to obtain enough signatures to register his own political party, Velasco is looking to become the Democratic Unity party’s presidential candidate. Sergio Tejada, a defector from the Peruvian Nationalist Party and frontrunner in the Democratic Unity primary, is unranked on the national level with under 1% of voter support according to polls.

“They have many fine qualities, but to govern a country with so many social conflicts requires experience,” Velasco said. “Maybe I don’t have personal experience in government, but I saw my father do it. [Peru’s higher-profile leftist candidates Tejada and Veronika Mendoza] show youthful promise. But they should leave space for those of us with wisdom.”

Tejada did not attend the event in which Velasco vowed to reclaim the city of Arica and the Tarapaca state, both of which Peru lost to Chile in the 19th-century War of the Pacific. Velasco also promised to write a new, “revolutionary” constitution.

“I am not saying we should bomb Chile. We don’t want war,” Velasco told Somos magazine. “But we all know the best way to obtain peace is to be prepared for war. There are many channels. Diplomacy, negotiation, appealing to the Hague.”

In following his father’s prescription of state-managed industry, Velasco said that companies operating in the gas, gold and copper industries should be nationalized. He did not say whether he would nationalize fishing, banking, airline and media industries as President Juan Velasco did as well.

“I am a Velasquista, and not just because of my last name,” Velasco said. He cited the late Venezuela President Hugo Chavez as the best example of the Velasquista spirit. “In Venezuela there have been many successes in bringing about social justice. The CIA and other U.S. intelligence agencies which assassinated my father by poisoning him little by little when he was president, they also killed Chavez.”

Velasco declined to provide evidence of his allegations.

Just over 350,000 of Peru’s 21 million voters are eligible to participate in tomorrow’s primary election to select the Democratic Unity candidate who will challenge politicians including Keiko Fujimori, Pedro Pablo Kuczynski and Alan Garcia.

Juan Velasco led a military coup which deposed President Fernando Belaunde in 1967. He presided over a military dictatorship which implemented Latin America’s most ambitious agrarian reform to date and nationalized 35% of Peru’s economy.

However crippling inflation, budget deficits and shortages led to the 1975 “Limazo” riots which killed dozens and prompted the military to depose Velasco. Five years later President Fernando Morales held general elections, in which Fernando Belaunde was elected president for a second term.