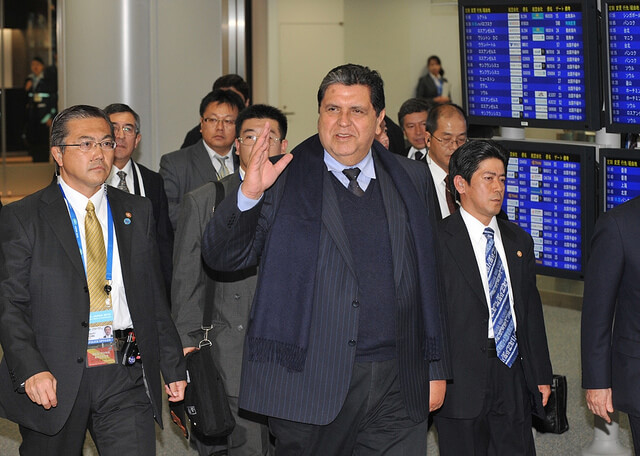 Another former Peruvian president facing charges back home has requested asylum abroad. According to the country’s Foreign Ministry, Alan Garcia has asked Uruguayan officials for asylum after Peruvian authorities raided his home this weekend and a judge ruled against Garcia on an 18-month travel ban from leaving the country.

He is currently in the home of the Uruguayan ambassador in Lima seeking refuge.

He is being investigated in connection with possible ties to Odebrecht bribes during his presidency from 2006 to 2011. Other former presidents and politicians in the country have already fallen to the Odebrecht scandal, most recently Popular Force party leader Keiko Fujimori, who will spend the next three years in preventive prison.

His deputy communications head has already been jailed for taking money from Odebrecht.

“Garcia has requested asylum from that country, in accordance with the provisions of the Convention on Diplomatic Asylum of 1954, of which Peru and Uruguay are parties,” the Foreign Ministry’s report read Sunday night.

Odebrecht has already admitted to paying hundreds of millions of dollars of bribes across Latin America, though officials from the U.S. Department of Justice believe the figure to be higher.