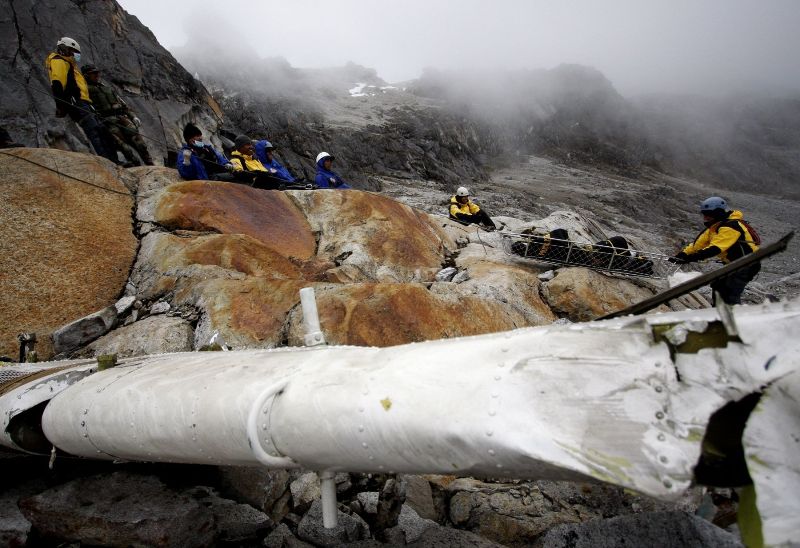 Four mountain climbers perished in Peru’s northern state of Ancash after being overwhelmed by an avalanche last week.

A team of nine climbers and porters from Peru, Mexico and Spain set out from Huaraz to attempt to climb the Huascaran mountain peak when they were hit by an avalanche in a historically cold winter in Peru’s Andes Mountains.

The bodies of Peruvian climbers Gilberto Loli and Julio Suarez as well as Mexicans Carlos Belkovsky and Jose Mendoza have been recovered, according to president of Peru’s Association of Mountain Guides (AGMP).

“The blocks of ice that came with the avalanche were as big a refrigerators,” Mexican survivor Ruben Jaen told a local journalist. “I felt ice hit my helmet and everything went dark. A couple of Austrians rescued me. I believe one of their names is Christian. I hope he will contact me soon because I owe him my life.”

All four victims died in the La Canaleta pass en route to the Huascaran peak, which reaches 19,000 feet above sea level. The route is dangerous for climbers as there are high risks of avalanches and falling rocks.

Jaen praised the lead guide and  the rescue team. “They were able to get there in hours which was incredible.”

The AGMP president told The Huaraz Telegraph that attempts to summit Huascaran are considered “no-go” due to frequent avalanches.

Last August, three Ecuadorian tourists lost their lives on Huascaran before being discovered by the mountain brigade four days later.