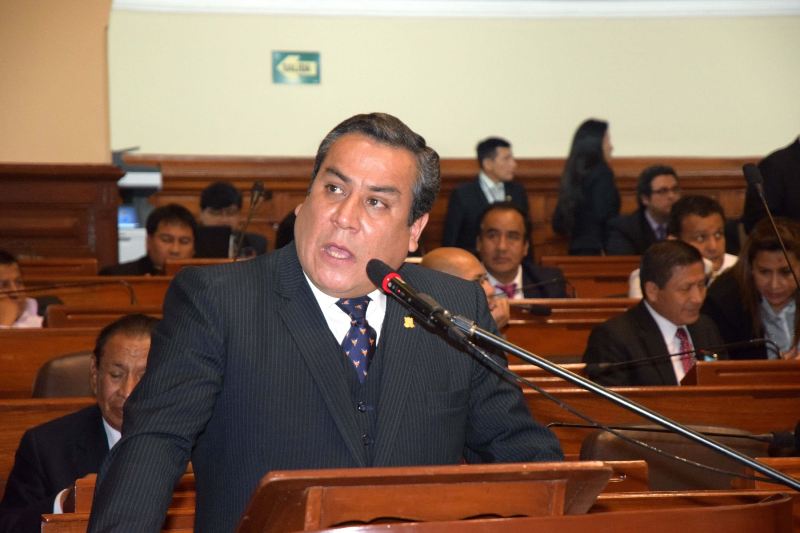 A majority of Peru’s members of congress support the impeachment of justice minister Gustavo Adrianzen heading before next week’s vote.

Adrianzen disciplined Principe after she said in interviews on Peruvian news channels that she believed there was significant evidence to investigate first lady Nadine Heredia for money laundering for her connections to jailed influence peddler Martin Belaunde as well as Nationalist Party finances in the President Ollanta Humala’s failed 2006 election bid.

“When the branches of government fulfill their constitutional roles, a democracy does not discourage investment,” said congressional leader Luis Iberico, who supports the impeachment. “On the contrary, it proves to be a true democracy. So it’s not a disaster nor the end of the world.”

Iberico made his comments in response to Cabinet chief Pedro Cateriano, who criticized congress for what he called excessive impeachment proceedings which threaten Peru’s political stability.

Adrianzen claims that he did not “gag” Principe and that the law requires prosecutors to obtain permission in certain cases before speaking to the press.

“Behind all this there is a shameful political maneuver whose aim is to destabilize the government, creating a terrible uncertainty among voters,” Adrianzen said. “In election cycles, we as a political class are not showing the people unity or responsibility to the duties we have.”