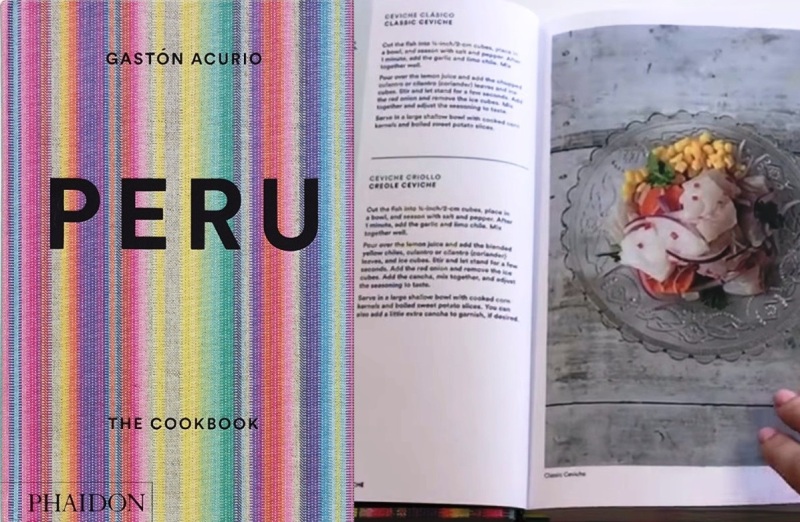 “You can get the very traditional recipes,” Acurio added. “But the most important thing is that you understand the recipe, not follow the recipe.”

The book was published by Phaidon Press and is available on Amazon.com for $32.69. According to the Publishers Weekly review, “In chef and restaurant owner Acurio’s first foray into English‐language cookbooks, the cuisine of Peru shines … this is a treasure chest of Peruvian cuisine.”

Gaston Acurio owns over 40 restaurants in Latin America, the United States and Spain. His Astrid y Gaston restaurant in Lima was recently ranked #14 in the world by The World’s 50 Best Restaurants academy. Acurio is the star of the La Aventura Culinaria reality cooking television show which airs in Peru on Plus TV.

Watch a trailer for the book below.

A Tome For Peruvian Food, By Its Most Acclaimed Ambassador (NPR)