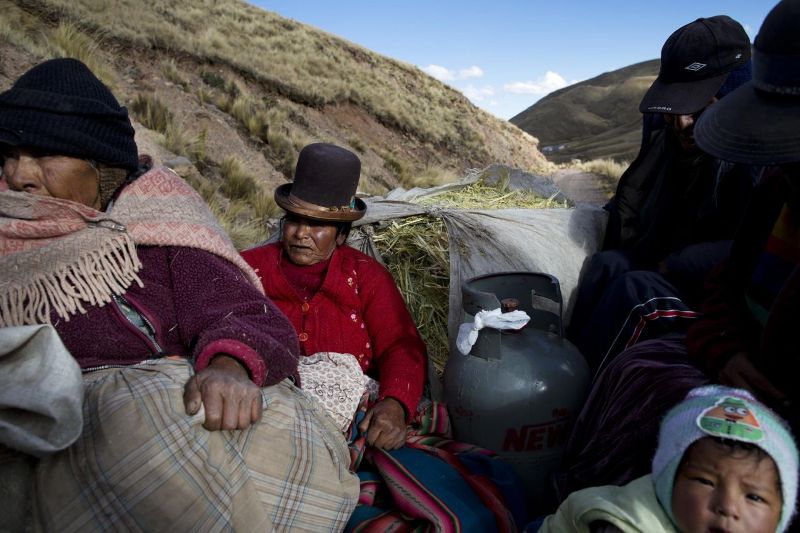 At least 105 have died and thousands of children have suffered respiratory illnesses in the harshest winter to hit southern Peru in years.

On May 20 the government declared a state of emergency in various districts of 14 states across the country, including southern highland regions as well as northern jungles. While the hardest hit areas are those which sit above 10,000 feet in altitude, a cold front from Antarctica known as “friaje” has also caused sharp drops in tropical lowlands of the Amazon.

Declaring a state of emergency allows the national government to quickly mobilize money and resources to send urgent relief. The health ministry has already spent $3 million to distribute coats and blankets, food and vitamins, medicine and feed for livestock. The state will extend the emergency program in an effort to protect those most at risk – children under 12 years old and adults over 65 – from the cold.

“The temperatures can be expected to drop further in upcoming days,” Marti Bonshoms, an official at the state weather service, told Vice News. “The situation will probably not get better until September.”

Health minister Anibal Velasquez told Andina that the government would extend the state of emergency to the 92 districts nationwide which already received aid, and expand the emergency to over 200 more districts which were not covered under the first emergency.

President Ollanta Humala first declared the health emergency in mostly highlands towns spanning the states of Apurimac, Arequipa, Ayacucho, Cusco, Huancavelica, Junin, Loreto, Madre de Dios, Moquegua, Pasco, Puno, San Martin, Tacna and Ucayali. However more than half of the provinces affected, as well as a majority of the deaths, came from the freezing state of Puno on the border with Bolivia.

Temperatures have regularly fallen to below 0 degrees Fahrenheit in the Puno’s highest provinces of San Antonio de Putina, Carabaya and El Collao. The health ministry has dispatched seven trucks outfitted with medical equipment for checkups to the 58 districts under emergency in Puno. The “mobile clinics” attended over 4,000 patients free of charge.

Lima’s city government worked with a nonprofit to launch the “One blanket, one smile” initiative, which delivered 16 tons of blankets to 25,000 people in Puno.

Women and vulnerable populations minister Marcela Huaita said her department distributed two tons of warm clothing and blankets in 48,000 packages between May and June throughout the southern highlands.

In nearby Cusco, hospitals have treated pneumonia in over 1,000 patients, most of whom live in the Espinar, Chumbivilcas and La Convencion provinces. At least 37 died from the illness. The cold is aggravating a swine flu outbreak in Arequipa, where at least eight people have died.

But illnesses are not the only threat the harsh winter poses to the rural peasants of Peru’s freezing sierra. The Associated Press reports that the harsh winter has already killed 50,000 alpacas, whose wool supports many families. Some estimate as many as 300,000, more than 10% of Peru’s alpaca population, could perish if current temperatures persist.

“The people live off their animals,” the FAO’s emergency coordinator for Peru, Marc Vandersmissen, told Altavoz. “Their animals give wool and meat, but this year their animals are thin. They yield a poor-quality fiber and not much meat. So these people cannot change their goods for products they need, such as flour and oil. So all this has an impact on food security.”

The cold is also killing off the sheep and llamas raised in the mountains. The extreme cold is generating heavy snows and frost which kill the grasses the animals feed on. When the animals grow too thin, they cannot survive the cold.

A farmer butchers a dead animal for meat, which provides short-term nutrition for his family. But it removes an annual source of income in the wool, a major source of income for the rural poor in Puno and the highest provinces of the south.

This natural habitat of the alpaca and other camelids is also home to Peru’s rates of poverty and malnutrition. Despite the alpaca garments fetching hundreds or thousands of dollars in the United States and Europe, many alpaca farmers earn just $100 per month, less than half of the minimum wage. Typical homes in the worst affected areas feature dirt floors and walls built with rocks and mud.

Agriculture minister Juan Manuel Benites says his department has spent $11 million during the emergency to benefit 10,400 families. The state provided five tons of food and nearly 37,000 veterinary medicine kits for more than 3.5 million animals. They also distributed over 6,000 packs of seed to plant new pastures and 1,500 kits of fertilizer.

“Ninety percent of the livestock in the south is protected,” Benites told El Peruano.

Every winter sees a spike in deaths and respiratory illnesses in the south of Peru, but this year has been extreme. Many experts cite climate change for extreme swings in temperature and humidity, the latter of which usually keeps the Andean villages warmer than they are now.

Below is a complete list of the 92 districts which were declared in a state of emergency.