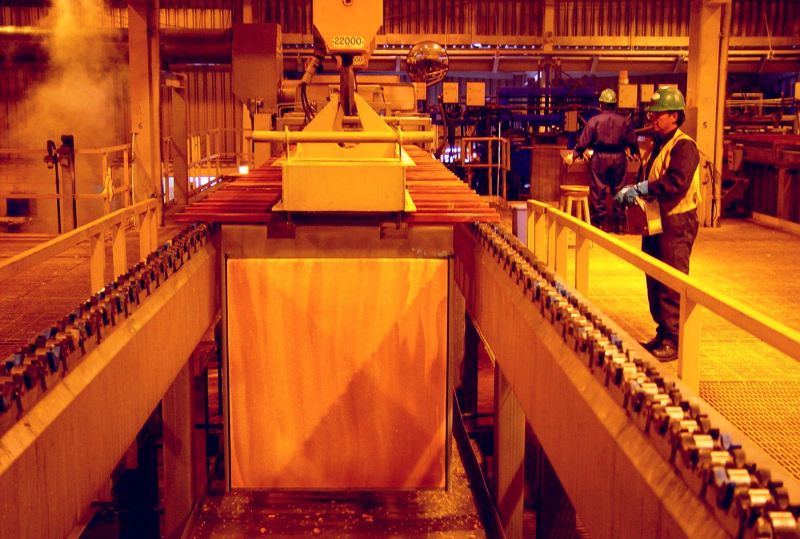 Peru’s government expects copper production to grow by 66% to overtake China as the world’s second-largest producer in 2016.

According to Reuters, mining and energy minister Rosa Ortiz said that the Las Bambas copper project in Apurimac, which is set to begin production in February, will produce between 250,000 and 300,000 tons next year. With increased production from the expansions of the Toromocho, Constancia and Cerro Verde mines, Peru will produce an estimated 2.5 million tons of copper in 2016.

Peru’s two-thirds increase should surpass China, which produced 1.6 million tons in 2014. Despite copper prices which have fallen to six-year-lows, the increased production will result in a net gain in Peru’s total exports according to central bank president Julio Velarde.

Ortiz also said that President Ollanta Humala’s government would probably not issue Southern Copper a permit to begin construction of the Tia Maria mine before the end of his term in July. Arequipa’s Islay province saw violent protests in which three protesters and one police officer were killed before martial law was implemented to restore order.

“It looks improbable to me. I can’t say yes or no but it looks improbable,” Ortiz said. “The company launched an aggressive campaign to build support for the project, but where? In Lima! What’s been missing is to do the same thing but where the project is going to be developed.”

Peru’s copper production through October of this year is up 18% over the same period in 2014. Zinc, lead and molybdenum have also seen double-digit increases in production this year.

In addition to copper, the mining and energy ministry also predicted increased production in 2016 for gold and silver, for which Peru is the world’s seventh- and third-largest producer respectively. Officials forecast production at Peru’s gold mines will increase 8.4% to 155 tons while silver will increase 14% to more than 4,400 tons.

Peru’s GDP grew 2.4% in 2014 and is expected to grow less than 3% in 2015, the lowest levels since the global financial crisis. Officials look to increase production in order to offset falling commodity prices to sustain growth.