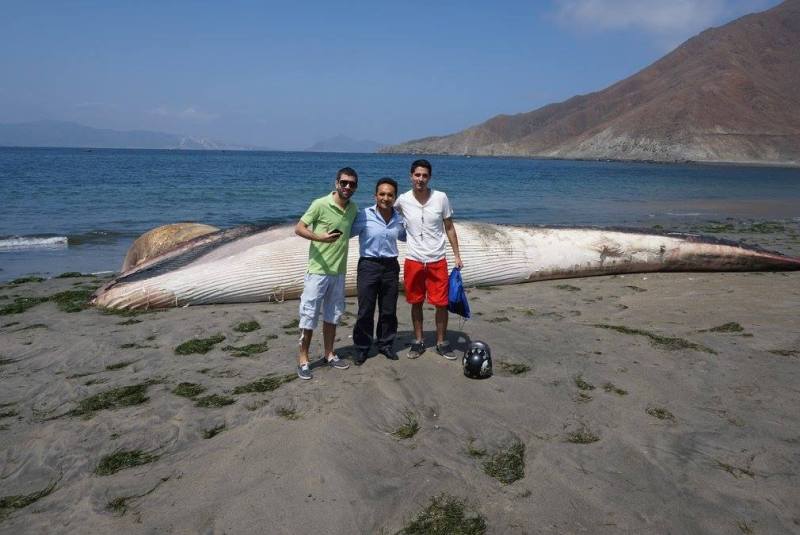 A humpback whale was found stranded on a beach in the Ancash department yesterday.

On Sunday local fishermen saw the whale swimming near the shore south of Chimbote in the wake of anomaly ocean swells which affected the entire Peruvian coast. Yesterday the 40-foot whale weighing three tons was found lifeless on the beach.

The ocean swells had damaged the road leading to the area, affecting over 400 workers in the fishing industry. The lack of access has prevented the removal of the animal.

Nuevo Chimbote district mayor Valentin Fernandez was criticized for posing in front of the whale in pictures uploaded to his Facebook page.

This humpback whale was determined to be only a few years old. Humpback whales typically weigh between 25 and 40 tons and measure up to 60 feet long. They are known for their long pectoral fins and their underwater communications which sound like singing. They feed on up to 3,000 pounds of krill, plankton and small fish per day. They spend summers near Antarctica and migrate to tropical waters in the winter for breeding.

Five whales have been found stranded ashore in California in the last three weeks.