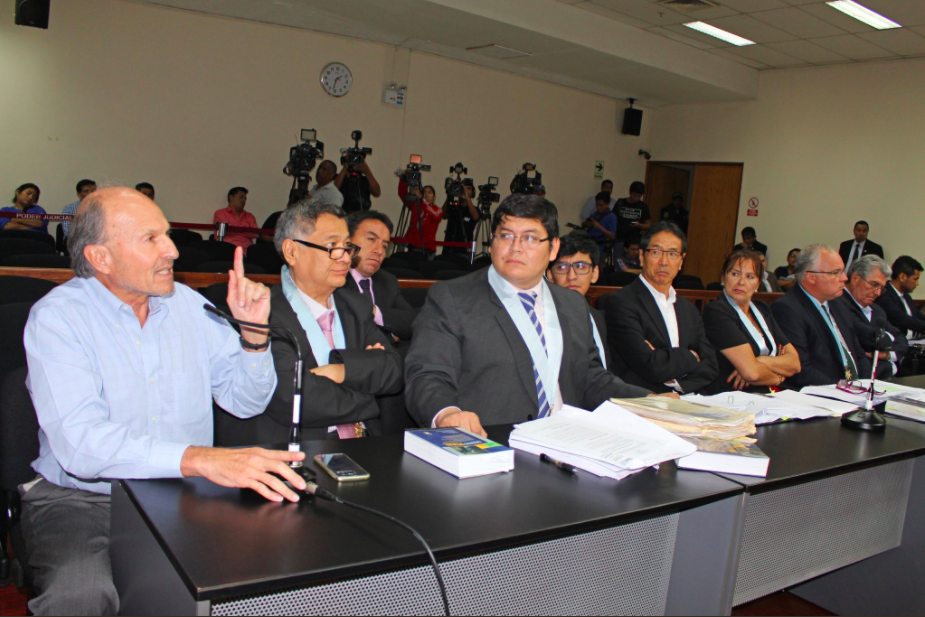 A trio of Popular Force politicians tied to the Odebrecht scandal will not be leaving the country anytime soon, per a Peruvian Judicial Branch ruling Sunday that has barred them from doing so for 18 months.

After a judge said the prosecutor’s case had merit, defendants Jaime Yoshiyama, Augusto Bedoya and Ricardo Briceño had to turn in their passports as the investigation into money laundering allegations continues.

All three men were arrested earlier this month for their suspected involvement in receiving donations on behalf of Keiko Fujimori’s Popular Force Party of more than $1 million from the Brazilian engineering giant Odebrecht.

Judge Richard Concecpión said there are enough elements present on top of the recent testimony from a former Odebrecht executive to justify keeping the defendants from leaving Peru.

“The presence of the three men under investigation is required as there now exists an imminent probability that they could leave the country and not return,” Concepción said in the ruling.

The three defendants will appeal the decision, according to a news release from the Judicial Branch.

“I’m not going to run,” Yoshiyama told the judge.

The Prosecutor’s Office has accused Yoshiyama and Bedoya of being assigned to receive the $1 million donation under the table to avoid having the money being tracked down. Prosecutors add that Briceño obtained $200,000 from Odebrecht using similar means.

The hearing lasted from Saturday night at 10 p.m. until early Sunday morning at 5 a.m.

Authorities accused Bedoya of trying to flee the country in February when he was leaving for the United States, which he has said was just a vacation planned long ahead of time.