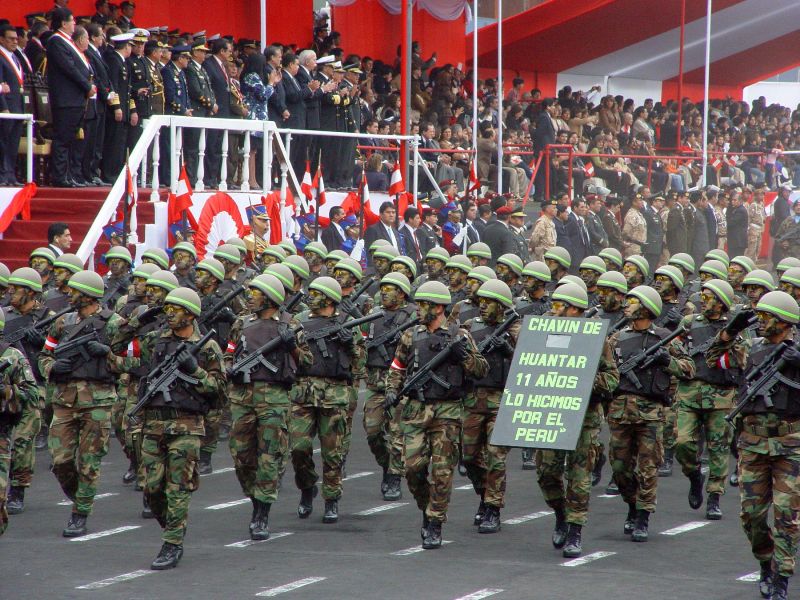 The Inter-American Court of Human Rights ruled that Peru denied due process to a rebel executed in the 1997 Chavin de Huantar assault.

On Dec. 17, 1996, Tupac Amaru Revolutionary Movement (MRTA) rebels raided the San Isidro residence of the Japanese ambassador to Peru. The guerrillas held the ambassador and 72 guests hostage until April 17, 1997, when 197 commandos stormed the house via underground tunnels inspired by the Chavin de Huantar archaeological site. The assault freed 71 of 72 hostages and killed all 14 rebels.

After the fall of President Alberto Fujimori in 2000, differing accounts surfaced which cast doubt on the official version of events. Japanese diplomat Hidetaka Ogura testified that three rebels were tortured. Two of the commandos have maintained that they say Eduardo “Tito” Cruz alive and in custody before he was found with a bullet wound in his neck on the back patio.

Military courts have absolved the Peruvian commandos and, while Peru’s supreme court did not find sufficient evidence against the intelligence chiefs who commanded the operation, it did acknowledge extrajudicial executions occurred after the ambassador’s home was secured and hostages evacuated.

In 2011, the IACHR agreed to hear appeals for justice from the family members of killed MRTA rebels Eduardo Cruz, Herma Melendez and Victor Peceros. A human rights attorney representing the families cited the lack of autopsies, the rebels’ anonymous burials in cemeteries throughout Lima and the several years which passed before the state acknowledged the executions.

Today the IACHR ruled that Cruz was the victim of an extrajudicial killing after he had ceased his armed aggression against the state. The court added that the Peruvian government violated international law in depriving Cruz of his life without due process. The court did not find sufficient evidence that Melendez or Peceros were executed, but it did name them as victims deprived of their human rights.

“The Court found that there were irregularities in the handling of the crime scene and the removal of the bodies, as well as inadequate autopsies,” read the court’s press release. “The first steps and initial collection of evidence lacked a minimum diligence. In addition, Peruvian court proceedings have not occurred within a reasonable time frame and the state did not carry out the necessary steps to locate one of the accused …”

The court decision stated that the Peruvian government has “the obligation to investigate the facts in civil court and identify, prosecute and, where appropriate, punish those responsible [for the state’s crimes against humanity].”

While the court ruled the Peruvian state was guilty of Cruz’s extrajudicial killing, the decision was greeted as a victory by government officials. The IACHR made clear that the Peruvian military was justified in its assault on the home where civilians were held hostage for almost four months. The court also ruled out financial compensation for the families of the victims, saying that the decision itself “constitutes a form of reparation.”

“We hope the court excludes the Chavin de Huantar commandos and ends this 14-year persecution. It was a rescue operation, not to kill terrorists,” justice minister Gustavo Adrianzen said in the days leading up to the court’s decision. “It was an impeccable operation. No crime was committed.”

Adrianzen added that Peru would not charge any of the commandos or pay reparations to the families of the victims. “This was clearly justified. The victim was Peru. It would not be appropriate to pay any kind of economic compensation to our aggressors.”

The court did order a continuation of investigations to bring the authors of the executions to justice. Some of the assault’s masterminds, known as “gallinazos,” are already in jail. Fujimori’s infamous intelligence chief Vladimiro Montesinos are former army commander Nicolas Hermoza are serving 25-year prison sentences for ordering the murder of civilians. Roberto Huaman and Nicolas Hermoza were found not guilty, and army colonel Jesus Zamudio has been a fugitive since the fall of Fujimori.