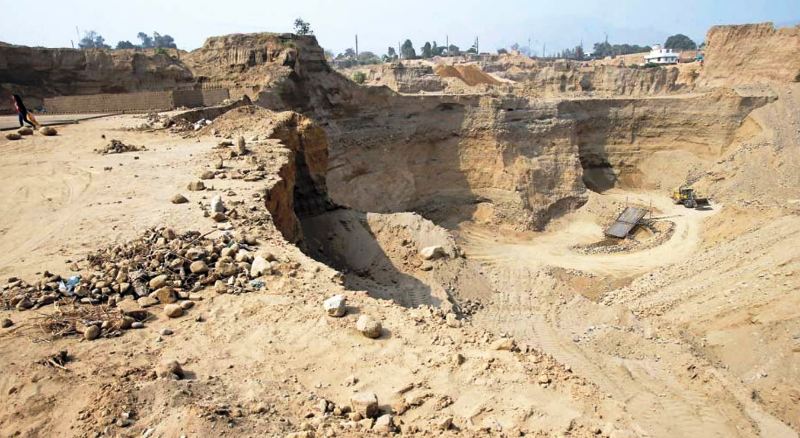 An El Comercio investigation reveals that a combined 660 square miles in various outskirts of Lima are affected by illegal mining of construction inputs such as rock, sand and gravel.

The Jicamarca quarry located east of the San Juan de Lurigancho district has grown to over 80 feet deep and 1,000 feet in diameter since informal miners began to extract materials to sell to construction companies over 25 years ago.

The giant sinkhole makes it too dangerous to develop surrounding land due to the risk of collapse. Many of these quarries put existing homes and even schools nearby at risk, according to the report.

“Before being invaded by these miners, these lands were part of an urban-expansion plan. [But] now not one single house can be built,” Cesar Sierra, a mining formalization official with the government, told El Comercio.

Sierra said that 180 illegal quarries have been identified throughout Lima, and each one earns an average of $4,200 per day tax free. According to El Comercio, illegal quarries are the first step in Peru’s powerful construction mafias.

Dozens of backhoes, bulldozers and dump trucks extract rock, sand and gravel from the giant open pit to make bricks, cement and other materials to sell to real estate developers.

“Twenty-five years ago they began to open up the land here,” a local vendor told El Comercio. “Our children get sick. There is noise and a bad odor, and we breathe the dust.”

Miners at quarries in the highly populated Villa El Salvador district work late at night to avoid regulatory agents, according to a municipal official. He added that many of the quarries are located in privately held land, which agents cannot enter without a court order. La Republica reported in 2014 that 8,000 residents of the Lomo de Corvina mountain in Villa El Salvador were at risk of collapse.