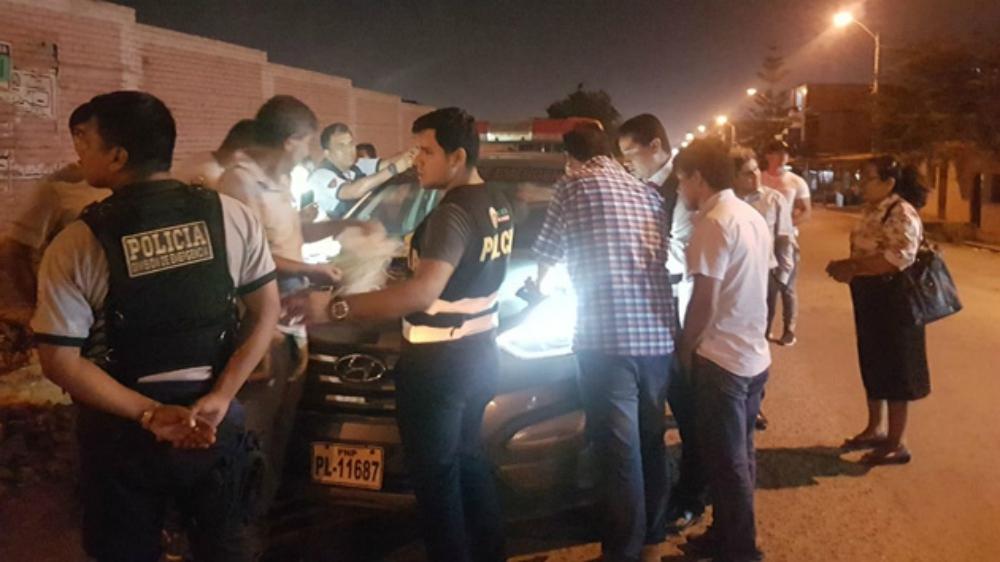 Jaime Yoshiyama, a co-founder of Peru’s primary opposition party, was arrested Wednesday during a series of raids after police said they found an unlicensed gun and ammunition at his home in La Molina, Lima.

Judicial branch head Duberlí Rodríguez said on a local news station Wednesday morning that the raid stems from a money laundering allegation against the 73-year-old Yoshiyama.

“To conduct the home raids there are requirements, for example, that apply in cases where sentences of four or more years are anticipated,” Rodríguez said. “In the case of the prosecutor office’s investigation against Mr. Yoshiyama, we’re investigating the very serious crime of money laundering.”

Another raid on a Popular Force member was conducted Tuesday at the home of Augusto Bedoya, who was the Transport Minister under former president Alberto Fujimori.

Popular Force party leader and two-time presidential candidate Keiko Fujimori said on a Peruvian television station Wednesday that she believes Yoshiyama is innocent and that the raids are politically motivated acts designed to make her party look bad, according to Peru’s El Comercio newspaper.

“What surprises me from Barata’s declarations is that he mentioned other names that should also be given the presumption of innocence, but only the houses of people related to Popular Force were raided,” Fujimori said. “Popular Force is investigated and the other parties are not. I think that there is a bias at play and a political maneuver to weaken and discredit Popular Force.”

In December, Peru’s Public Ministry raided the party’s main offices and confiscated accounting information that may have been connected to the Odebrecht donations in question.

President Pedro Pablo Kuczynski was also implicated in Barata’s testimony after the former Odebrecht head in Peru said he gave $300,000 USD to the current president’s campaign in 2011.