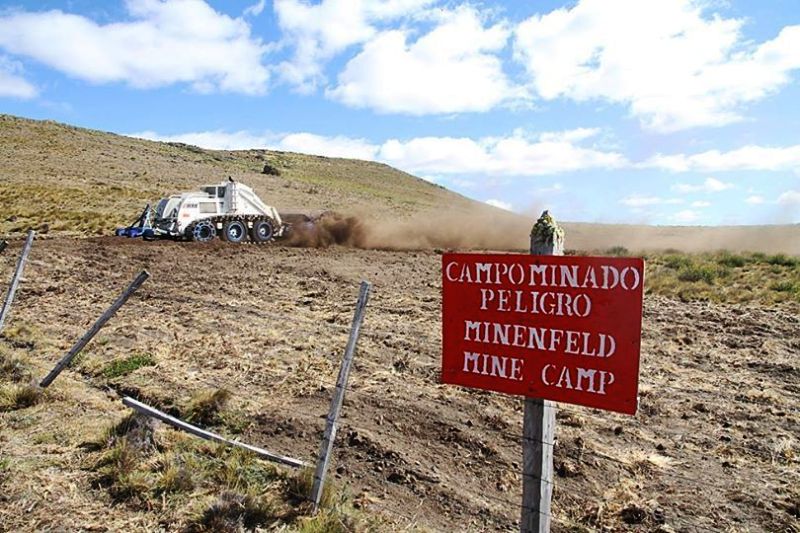 Two Peruvians were injured on Monday when an anti-personnel land mine detonated in Chile’s border region with Peru.

The two men were illegally walking across the border from Chile into Peru through an unauthorized crossing when the mine exploded, injuring both men. Correo reports that one man requires having his right leg amputated.

In the 1970s Chile President Augusto Pinochet placed tens of thousands of anti-personnel mines along the border with Peru during a tense time between his right-wing dictatorship and the left-wing dictatorship of Peru’s President Juan Velasco. Pinochet also planted mines near Bolivia and Argentina during border disputes with those countries.

In February a 27-year-old Peruvian man was killed by a land mine as he crossed illegally from Peru into Chile.

In 2012 the border crossing between Peru’s southern city of Tacna and Chile’s northern city of Arica was closed after heavy rains washed some of those mines on to the highway. More than 300 mines also washed on to Peruvian territory.

In 2012 a Chilean soldier was injured while performing demining work.

Chile planted over 180,000 mines along its borders during the 1970s and 1980s. In 2002 Chile signed the Ottawa Treaty, which banned the use of anti-personnel mines in 1997. Chile’s signing on to the agreement requires the country to remove all anti-personnel mines from its territory by 2020.

“Anti-personnel mines cannot distinguish between civilians and soldiers,” reads the Red Cross profile on mines aimed to injure or kill humans as opposed to debilitate tanks or vehicles. “They continue to kill and maim civilians long after the fighting has ceased. Vast areas of valuable land are put out of use, destroying livelihoods. Communities can be affected for decades after the end of an armed conflict.”