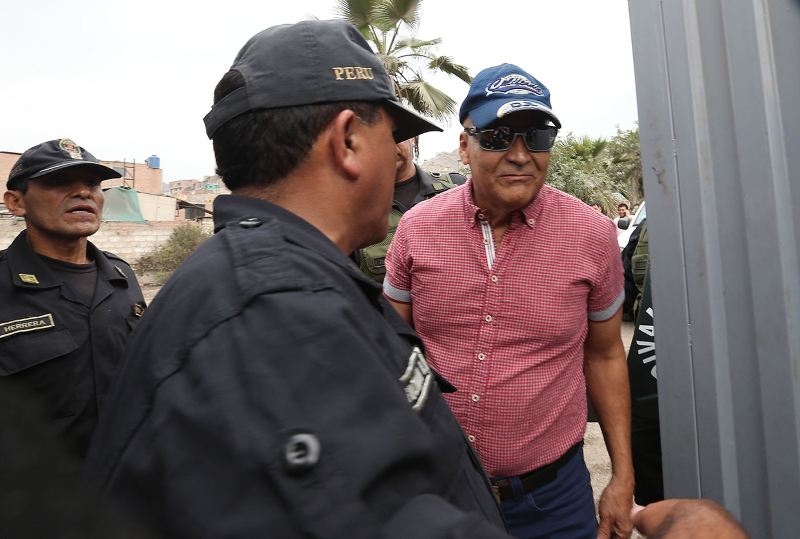 The drug lord who controlled Peru’s Alto Huallaga valley, which produced the lion’s share of the country’s cocaine paste in the 1980s and 1990s, was a supplier to both the Cali and Medellin cartels which exported cocaine to the United States and Europe.

In 1994 Chavez was arrested in Cali, Colombia and extradited to Peru, where he was charged with treason for paying protection payments to Shining Path guerrillas. A military court sentenced him to life in prison less than three weeks from being detained. After the fall of Alberto Fujimori, a civilian court annulled the terrorism charge in 2001 and sentenced Chavez to 25 years for drug trafficking in 2004.

“I hope society forgives me and that young people do not follow my example,” Chavez told reports upon being released. “I will stay in Peru. We are going to make a show. I have already spoken with [televison producer] Michelle Alexander.”

El Comercio reports that Alexander already has a pilot planned for a series based on “Powder in the Wind,” a 2011 biography of Chavez written by Hugo Coya. The author who visited Chavez in prison for over a year said that there is sufficient material for a second book.

Alexander said that Chavez’s story would not only appeal to the Peruvian market, but also an international audience given the success of Netflix series, “Narcos,” which chronicles the rise of Colombian drug lord Pablo Escobar.

After being released Chavez also told reporters that Peru became a “narcostate” during the government of President Alberto Fujimori. He repeated his 1996 allegations that he paid $50,000 per month to Fujimori’s now jailed intelligence chief, Vladimiro Montesinos, and $5,000 per flight to military officers in the Alto Huallaga valley.

“It was a disastrous time for Peru,” Chavez added. “I did not do it alone. I did so with their consent.”

“I am glad ‘Vaticano’ says he will not vote for me,” presidential candidate Keiko Fujimori told Canal N when asked about Chavez’s allegations about her father’s government. “Obviously a Popular Strength government would be disastrous for him and his friends, but it would be very positive for all Peruvians.”

Chavez exported 300 to 450 tons of cocaine paste per year at the time of his arrest in 1994. He amassed a fortune of an estimated $400 million by exercising his control over the Alto Huallaga valley from his base in the Mariscal Caceres province of San Martin state.