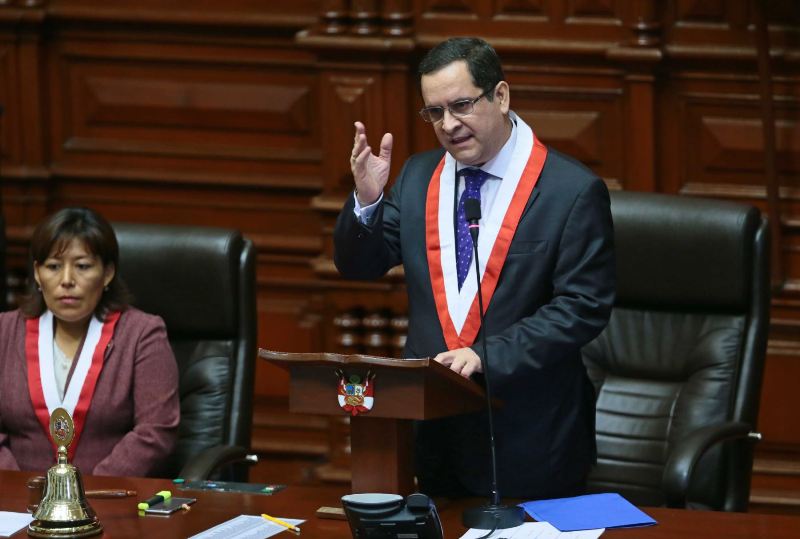 The highest authority in the legislative branch, Peru’s congressional president not only presides over congress and decides which initiatives are submitted for a vote, but also exercises significant control over committees and investigative commissions.

Iberico is a member of the Alliance for Progress party aligned with Pedro Pablo Kuczynski’s Alliance for Great Change coalition, which represents a small number of votes in congress. Iberico represented a compromise between the two congressional powerhouses of Popular Strength and APRA, which are led by Keiko Fujimori and Alan Garcia respectively.

While Humala’s government is suffering its lowest popularity to date, pro-government politicians were successful in casting doubt on Iberico given his connections to jailed mafioso Rodolfo Orellana.

But despite those allegations, Iberico won 70 votes to 55 for Zeballos. The total implies Iberico won some votes from Humala’s Nationalist and Alejandro Toledo’s Peru Possible parties.

However Iberico struck a conciliatory note after his electoral victory. “It’s important that the Executive and Legislative [branches] join forces in the area of crime. It’s what we have to prioritize because it is what the people urgently demand,” Iberico said.