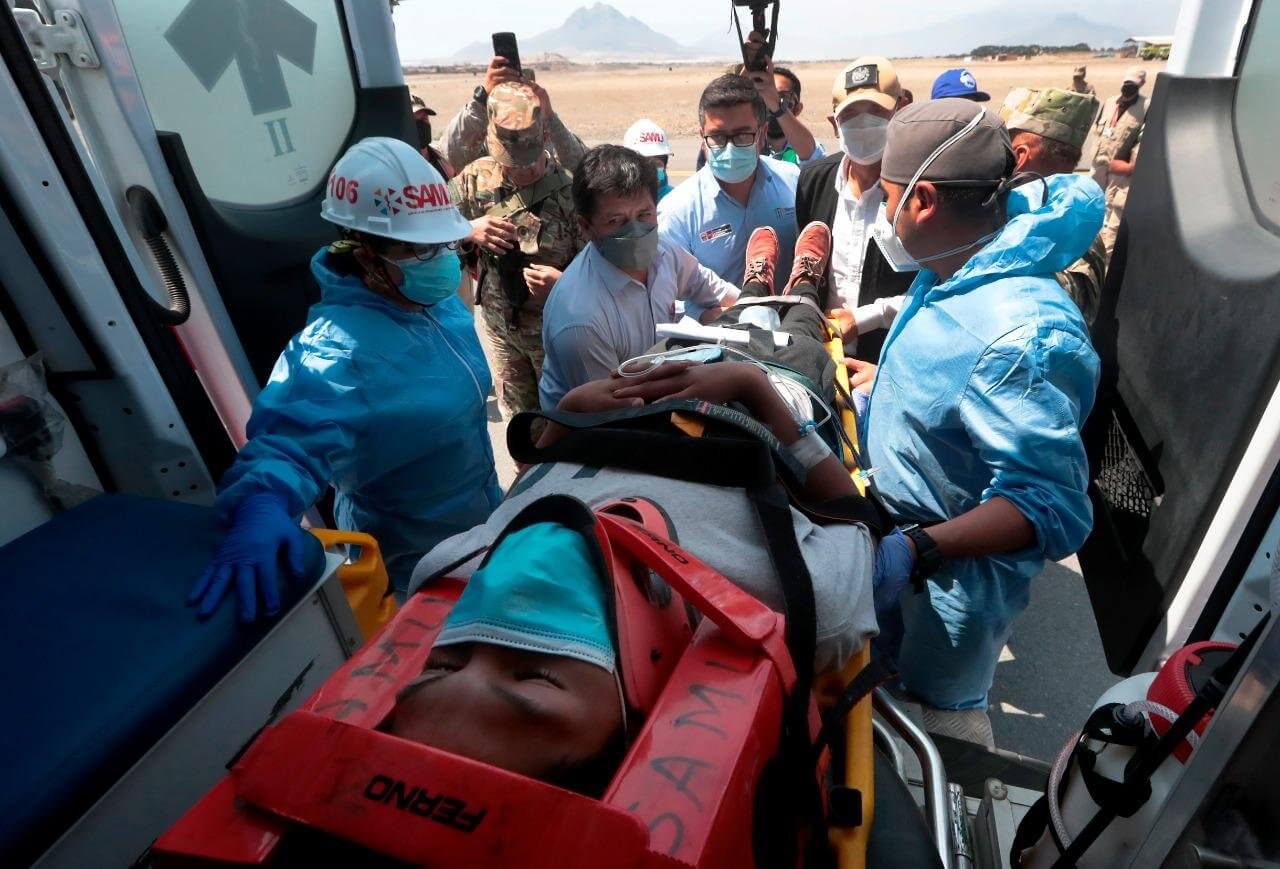 At least 60 homes in Northwest Peru were buried when seasonal rains triggered a landslide on Tuesday.

People in the small village of Retamas, about 800km northeast of Lima, are still searching for at least eight people who went missing in the rubble, according to local authorities.

President Pedro Castillo arrived in the area on Wednesday in a show of government support for the affected families. The Ministry of Health reported that it has already sent half a ton of medicine and supplies for the victims.

“I have arranged for the head of the Civil Defense National Institute and the minister of defense to go to the area affected by the landslide in Pataz province in the region of La Libertad. We will support the affected families and start different actions with local authorities,” said the president on Twitter.

The region where Retamas is located was declared as a high risk zone over a decade ago and not suitable for building homes due to the landslide risk. The small village has around 3,000 inhabitants and is known for illegal mining.

La Libertad Governor Manuel Llempen said that there are between 60 and 70 houses buried, amongst other structures. Thus far, eight people have been reported missing and all efforts are focused on continuing search and rescue work in the area. Some of the injured have already been transferred to the capital Lima for better care.

Minister of Defense José Gavidia stated, “We are working day and night to save the highest number of lives after the landslide in Retamas. Thanks to the action led by the President Pedro Castillo Terrones today we were able to transfer a wounded person for quick attention. We won’t rest for one bit!”

The region is no stranger to disasters like these. In 2009, a landslide nearby left 25 people homeless and nine people perished. At that time, authorities reportedly urged residents to relocate due to continued risk.

The city manager, Miguel Sánchez Lázaro, explained that it is illegal to build in the area and that “every year, during the rainy season people come to the municipality asking for help because the land starts to slide. They need to be relocated.”

Landslides occur regularly during the austral summer months in the Andean region of Peru, due to seasonal rains. January, February and March are the months with the highest precipitation and the area borders the Retamas River, making the land highly unstable.