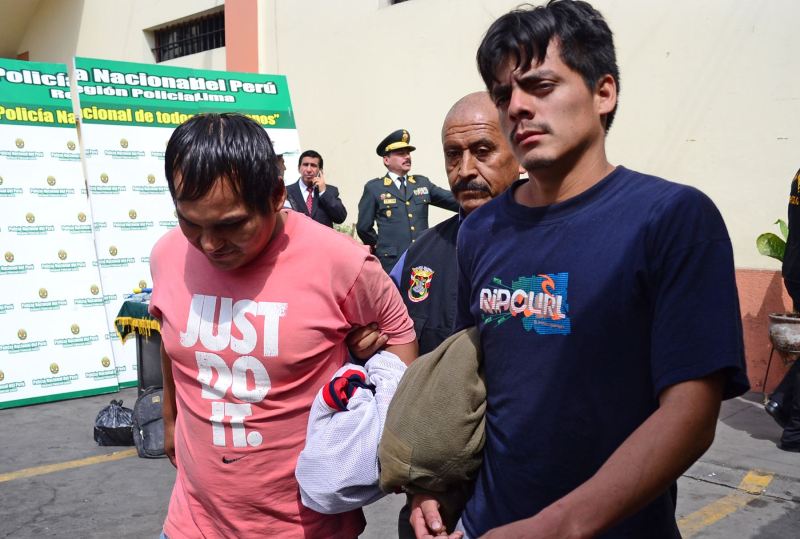 A Lima judge has been dismissed from her position following her order to release 54 men who invaded and destroyed the apartment of a local family.

Armed with sticks, a gang of 56 men invaded a home in Lince last Friday. After the family fled the house, the gang welded the doors closed and barricaded themselves inside to prevent the police from removing them.

While inside the gang broke items of value and trashed the rooms, even preparing a meal in the four hours it took police to gain access. By the time police took all 56 men into custody, the house was destroyed.

On Monday Lima judge Haydee Vergara ordered the release of 52 of the 56 men, excepting four who were either minors or had pending arrest warrants. Her ruling immediately made national headlines and aroused the indignation of interior minister Jose Luis Perez.

“How do you explain that?” Perez asked. “We do not understand how you can free people who have been arrested in the act and charged with various offenses, including theft, which has a minimum penalty of five years.”

El Comercio reports that, for Vergara to release the 52 men, she would have had to met three criteria. The first is that none of the charges come with a penalty of more than four years in prison. The second is that there is no hard evidence linking the men to the crime, and the last is that there is not a risk of flight.

However aggravated burglary charge carries a minimum sentence of five years and the men were caught inside the apartment. Yesterday a court in Lima dismissed Vergara from her judge’s seat after receiving complaints from the victimized family.

The family has accused Zeta Gas, a company which sells propane gas tanks to household kitchens, of hiring the gang to overrun the house. Mexican national Efren Dominguez, the owner of the house, had recently won a civil judgment against the company in a wrongful termination lawsuit. He says the company hired the gang to destroy his home for revenge.

“To the prosecutors, judges, the police do ‘catch the crooks’,” Perez said, quoting a pro-vigilante meme popular in Peru. “What is the message that these judges send to the people?”