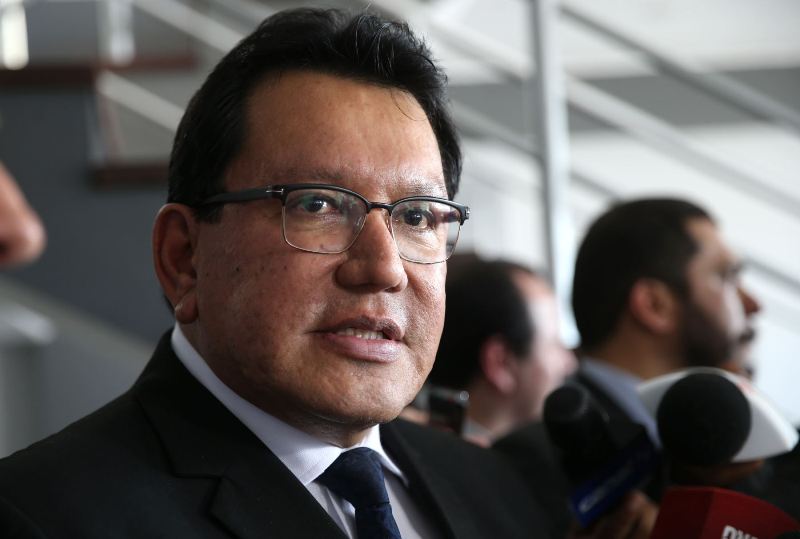 The regional governor of Callao is the latest high-profile figure implicated in the Odebrecht corruption scandal for allegedly accepting $4 million in bribes.

Police raided three buildings linked to governor Felix Moreno and seized money believed to be bribes from the Brazilian construction company, Odebrecht, which was awarded a $93 million contract to build a four-mile highway from Callao’s La Punta district to Chorrillos in southern Lima.

“The work will completely transform the Callao region,” Moreno declared back in November 2015. The six-lane project could reduce travel time between the two district by 25 minutes for 100,000 vehicles per day.

An Odebrecht subsidiary won approval for various stages of the licensing process between 2013 and 2014. Prosecutors say Moreno’s traveled often to Brazil between 2012 and 2016.

According to local news channel Willax TV, Moreno traveled to Brazil three months after the contract was approved and again in 2013 after the technical file was approved. He took multiple trips to the same destination again from 2015 to 2016.

“I do not know about Brazil in 2014. I have traveled there since 1999. I traveled as a doctor, mayor, governor and for tourism. Moreover, in June of 2014 I was on leave to go to reelection and I traveled to Brazil for tourism,” Moreno told reporters.

Of the $4.2 million seized by police, prosecutors say $2 million was for Luis Favre, Moreno’s campaign strategist and former adviser to ex-President Ollanta Humala. Investigators believe that Favre acted as an intermediary.

“In exchange he would have requested $2 million, which were delivered in five installments of $400,000 and addressed to the publicist Luis Favre for the services of the electoral campaign of 2014,” stated a prosecutors’ document acquired by El Comercio.

Israeli businessman Gil Shavet was arrested at the Lima airport in connection to the case. Investigators allege Shavet came to Peru to help hide Moreno’s money in offshore accounts and consulting contracts.

Felix Moreno is a member of the Chim Pum Callao party which has governed the constitutional province for years. Several high-profile congressmen have called the party a corrupt political machine.