Lima to build boardwalk to facilitate access to popular beach 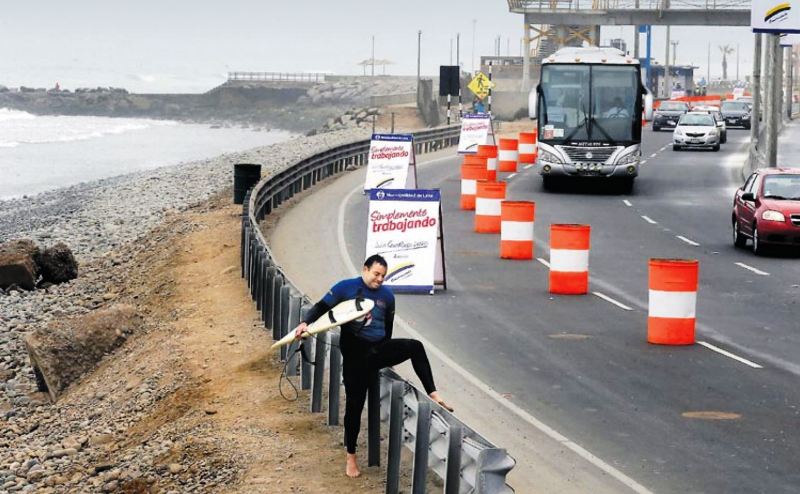 The city of Lima will build an elevated sidewalk and bicycle path to facilitate access to the city’s most popular beaches along the Costa Verde coastline.

Construction of the project in Lima’s Miraflores district has already begun, requiring the closure of the third southbound lane of the Costa Verde highway which runs along Lima’s shoreline. The $1.2 million project is scheduled to be completed in December, just before the South American summer.

The sidewalk and bike path will span 2,300 feet along the Punta Roquitas, La Pampilla, Waikiki and Makaha beaches, some of Lima’s most popular. The rocky beaches are separated from the six-lane Costa Verde highway only by a guardrail, prompting surfers and swimmers to walk in the shoulder of the highway.

“This boardwalk will protect the lives of thousands of pedestrians as it will include a pedestrian walkway and a bicycle path along the road without touching the beach or the sea,” said an official with Lima’s municipal government. “Plus the project will have surrounding areas for parking cars.”

The sidewalk will be elevated five feet above the beach by steel columns filled with concrete. The elevation will allow large waves to pass underneath without damaging the bridge. The 10-feet-wide path will be protected from the highway by crossing steel railings.