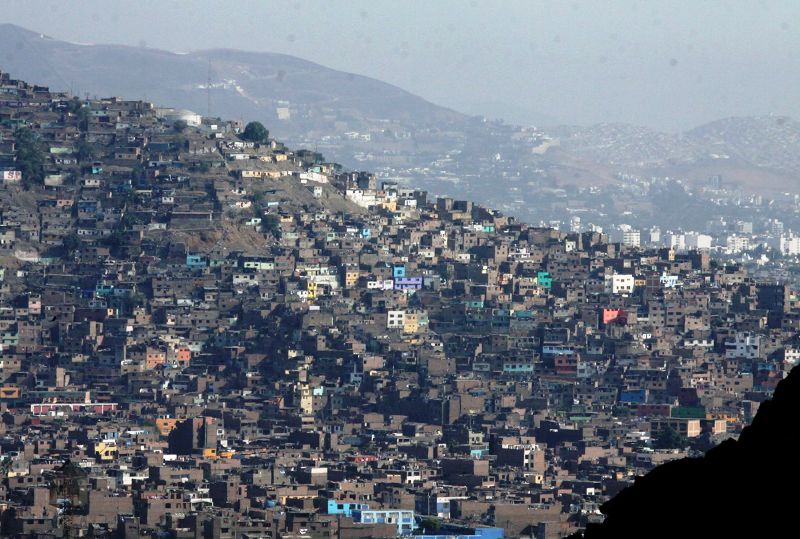 Lima officials and seismology experts warned that over 30,000 people would die if a large earthquake strikes the capital of Peru.

The 8.3-magnitude earthquake which rocked the central coast of Chile on Wednesday, killing 12, has renewed focus on Lima’s safety and infrastructure in the event of a large earthquake.

“No city is prepared to deal with an earthquake of this nature,” Lima mayor Luis Castañeda said. “Lima is not prepared, really, because of the risky circumstances our people live in.”

According to seismic research center CISMID, a similar earthquake to what occurred in Chile would leave 30,000 dead and 200,000 homes destroyed.

CISMID expert Carlos Zavala told El Comercio that the Lima districts most at risk include Chorrillos, La Molina, San Juan de Lurigancho, Ventanilla and Villa El Salvador. He adds that the risk of an area is determined by sandy soil, the presence of groundwater and homes built on unsustainable inclines.

Informal construction which does not meet safety codes further exacerbates the problem according to Humberto Martinez, director of Peru’s construction industry association CAPECO.

“Because of a lack of housing, people opt to expand their homes with light materials or increase the number of floors without authorization or due diligence,” Martinez said. “One weak floor on a weak building is the perfect formula for the house to collapse in an earthquake.”

Being a coastal city, Lima also faces damage in the event of a tsunami after an earthquake. The areas most at risk of flooding in case of a tsunami include La Punta, Callao, Chorrillos and the Costa Verde highway.

The Costa Verde was closed for 15 hours as the Peruvian marines monitored the ocean. The La Punta district of Callao has 19 tall buildings designated for “vertical escape” for residents in the event of a tsunami.

Lima led a nationwide earthquake drill in May after an earthquake in Nepal killed over 9,000 people.