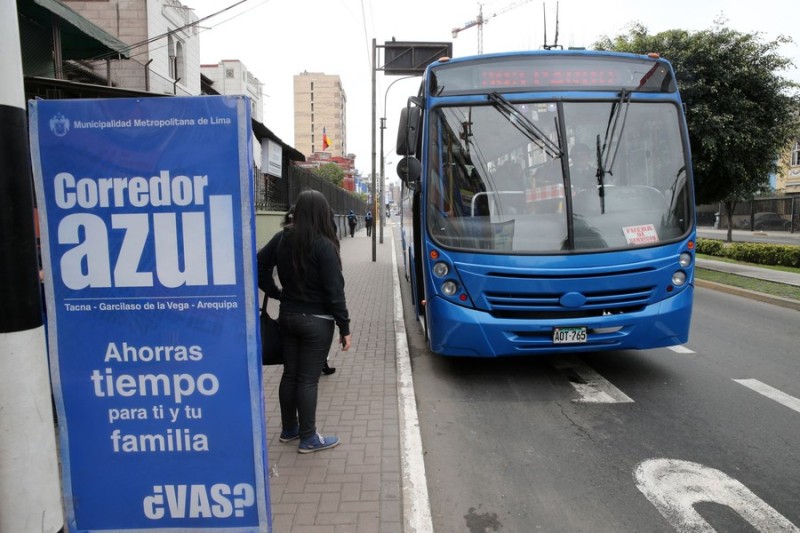 Peru’s finance ministry has declared some of Lima’s Blue Corridor contracts void for not obtaining its approval for sustainability.

“Approval is necessary because the contracts could generate debts which compromise public resources,” reads a finance ministry statement.

Castañeda has said he will take the issue to Peru’s supreme court. The mayor who is seen as a manager who gets things done criticized the finance ministry for being too bureaucratic. Yesterday he called for Segura to resign his position.

“The mayor is trying to turn something that is clearly about responsibility and respect for the law into a political issue with talking points because he knows he has no argument,” Segura said.

The Lima mayor won an unexpected backer in former mayor and election opponent Susana Villaran, who designed the Blue Corridor system and lent her support from her Facebook page.

“In this case of municipal and regional autonomy as well as transportation reform to benefit Lima, I’m with you Mr. Mayor, despite our differences,” Villaran wrote. “In these times when we urgently need private investment, the finance ministry boycotts it.”

The latest uncertainty in the Blue Corridor bus system comes in the midst of strikes led by bus drivers in Callao and Lima who will be removed from Lima’s main thoroughfares under the reform.

Castañeda, who is seen as a mayor who gets things done, has clashed with finance minister Alonso Segura on various issues since assuming office this year. Most notably, in April the two had a brief spat over the same issue. Castañeda had not obtained the finance ministry’s approval to build a bypass bridge and highway on 28 de Julio avenue.