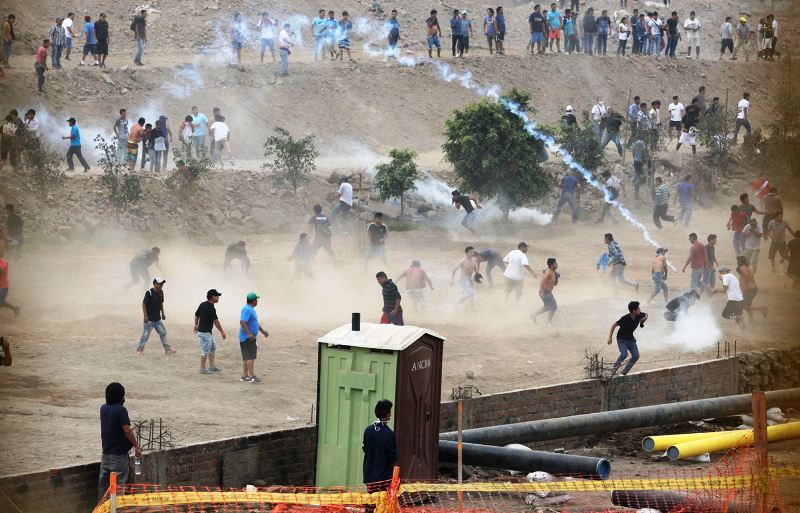 Protesters in Lima’s northern districts of Puente Piedra, Ancon and Santa Rosa destroyed toll booths and battled police over a proposed toll on the Panamericana Norte highway on Wednesday.

The protesters are calling on the city to repeal a new $1.50 toll for northbound vehicles traveling away from the city and a $0.15 hike in the existing toll for cars going south into the city. The tolls were outlined in a 2013 contract the city of Lima signed with construction firm Rutas de Lima to build and maintain the roads in Lima’s far north.

“This is a result of a contract signed during the administration of Susana Villaran in 2013,” said Lima mayor Luis Castañeda, adding that the city’s “hands were tied.” “The contract has a number of obligations and what we have done is simply apply the contract.”

In response to the protests and a request from Peru’s ombudsman, the tolls were temporarily suspended on Thursday and traffic resumed by evening.

Critics argue that the toll unfairly burden some of the Lima’s poorest residents who live in the peripheral suburbs. However, government officials say that Rutas de Lima financed the construction of four overpasses and scheduled maintenance of pedestrian bridges and new pavement without help from the city.

If the tolls remain closed for three days, the city of Lima is legally required to compensate Rutas de Lima for its losses. Peru’s ombudsman has called for the contract to be renegotiated.

“I think the contract is screaming for a renegotiation,” ombudsman Walter Gutierrez told Canal N. “Contracts are binding and the Constitution protects them, but every contract has a context.”

In August residents of Puente Piedra and other districts in Lima’s northern suburbs blocked the Panamericana Norte highway, stopping traffic in and out of the city, over the same tolls.