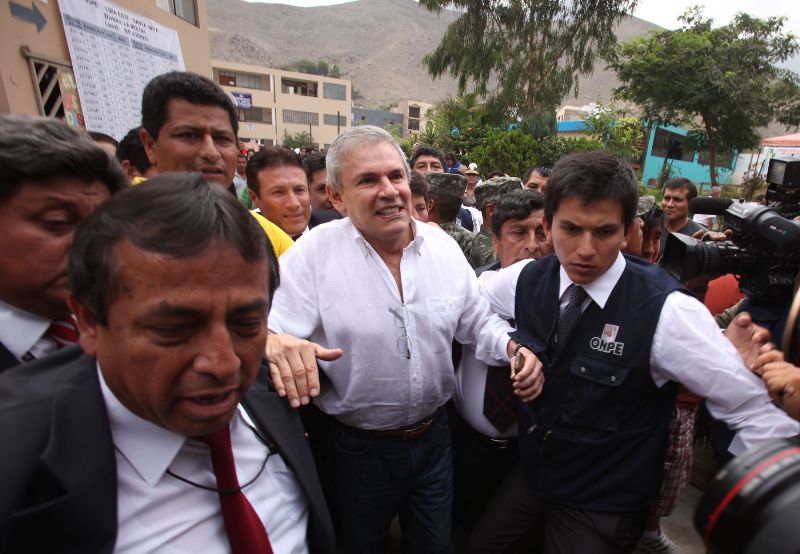 A prosecutor is seeking four years in prison for Lima mayor Luis Castañeda for drawing extra compensation from the Lima state government.

An addition to his regular salary as mayor of Lima, Castañeda drew an additional $60,000 between 2004 and 2006 in bonuses for functioning as the governor of Lima state. However Lima municipal law states that public officials can earn no more than 12 monthly salaries and two bonuses.

Prosecutor Janny Sanchez claims Castañeda was complicit in influencing city council approval for the extra compensation. She is seeking four years in prison and three years of ineligibility to serve in public office for embezzlement.

Castañeda’s lawyers say the mayor received bonuses – not salary payments – from the state of Lima for assuming extra responsibilities as governor. However the transfer of Lima state administration to the city government did not begin until 2008, two years after the end of the extra payments.

Castañeda’s team also points out that Castañeda’s salary as mayor was less than some Lima district mayors’ compensation.

“The mayor of Lima is not the state governor. There is no law that says that. Lima’s city hall has responsibilities on the scale of a region or state, but nothing more,” said Marco Tulio, constitutional lawyer and Castañeda’s ally in the 2013 recall movement against Susana Villaran.

Castañeda’s lawyer Mateo Castañeda points out that these charges, which were first made public in 2012, have already been dismissed by the public ministry three times.

The prosecutor’s case will be heard by a grand jury, which will decide whether to proceed to a criminal trial or reject the charges.