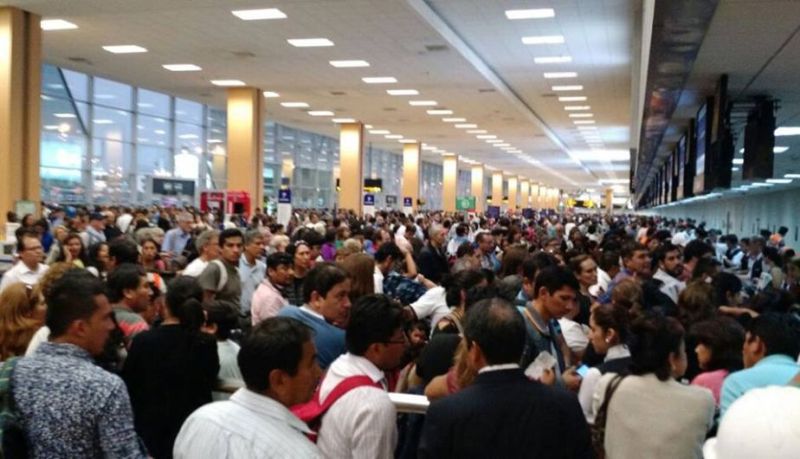 The repair of a Peruvian air force plane closed the Lima Jorge Chavez airport’s only runway for hours on Monday, affecting thousands of passengers.

An air force plane suffered a ruptured tire upon landing in Lima after a flight from Chiclayo just after 2 p.m. on Monday. The maintenance required the continent’s largest hub airport to close its only runway for over three hours.

International flights slated to land at Lima during the closure were redirected to the newly expanded international airport in Pisco, Ica. At least nine flights were cancelled and 20 delayed. The runway was opened just before 6 p.m.

Presidential candidate Pedro Pablo Kuczynski was among the thousands of affected passengers. Kuczynski had boarded a flight to Pisco which was delayed for over two hours due to the military plane’s maintenance. The candidate recorded a video message for his supporters explaining his late arrival to a campaign rally in Ica.

The incident underscores the Lima airport’s limited capacity as the construction of a second runway is held up by a dispute between Peru’s government and the company licensed to operate the airport.