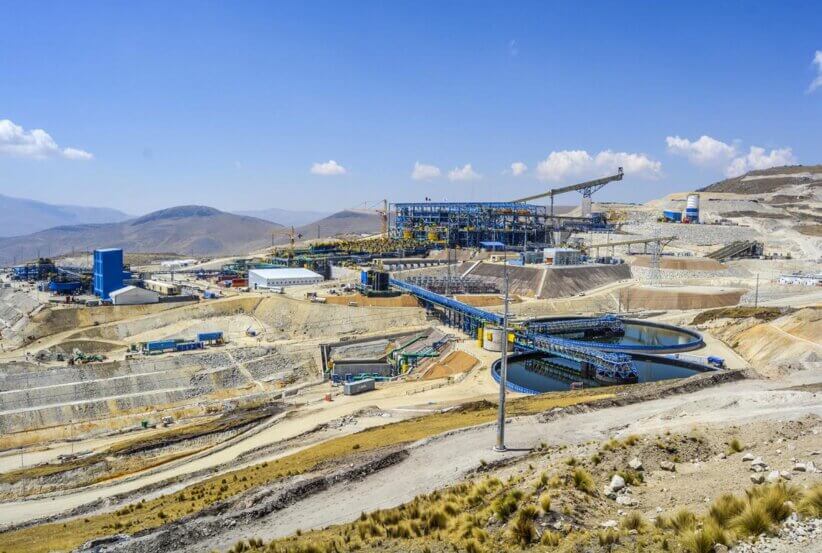 Las Bambas copper mine, located in the Apurímac region of southern Peru. Image courtesy of ANDINA.

The National Society of Mining, Petroleum and Energy (SNMPE), the most important union that brings together more than 140 companies in the energy and mining sector in Peru, warned of a “new wave of violence” that could paralyze the production of several mines in the regions of Ayacucho, Apurímac and Cusco.

In a statement published on November 3, the business association warned that, due to the lack of authority from President Pedro Castillo’s government, “violence and conflict are being normalized as a form of pressure, extortion and illicit business.”

“The weakening of the State’s capacity to face the conflicts that are affecting society, reactivate the economy, guarantee the safety of the population and generate formal employment is evident,” said the SNMPE.

SNMPE estimates that the loss of mining production due to social conflicts amounts to US$ 790 million until the end of September.

SNMPE announced that the Las Bambas copper mine, located in the Apurímac region of southern Peru, will temporarily paralyze its operations due to blockades caused by protests.

Managed by the MMG company, Las Bambas contributes 16% of the country’s copper production and employs 8,000 workers, but since the start of its operations in 2016 it has faced the blockade of its access roads for 549 days, the guild said.

“Unfortunately, once again the Las Bambas mine, which is one of the main copper producers in Peru and in the world, will be forced to progressively stop its production,” added.

The SNMPE said that the situation in Las Bambas “is critical”, adding that since October 28 the blockades “prevented the arrival of supplies and food, as well as the transportation of minerals.”

To date, MMG has reached an agreement with six peasant communities located in the area near the mine. The dialogue with the two remaining communities (Fuerabamba and Huancuire) continues.

In a recent interview, the leader of the Huancuire community, Romualdo Ochoa, said that the residents are demanding that MMG make them “shareholders” of their company in order to “ensure the future” of their children.

The leader said that the original negotiation, between the community and the MMG representatives, was not clear and was done in Spanish, a language that the population of Huancuire did not know.

“We didn’t know what the minutes said,” he told RPP, referring to the meeting.

Attacks on other mines

In recent days, there have also been invasions  on the territory of the “Inmaculada” mine, operated by the Hochschild company, according to local media reports.. Although it managed to sign an agreement with the communities of the Ayacucho region, it fears a new protest.

The SNMPE condemned the incident in which 30 people participated on October 31. “In the attack on the mine facilities, the lives and health of 1,700 workers were put at serious risk.”

In addition, SNMPE said that the “increase in violence” has spread to other areas of the Cusco region, where the Antapaccay Mining Company is facing conflicts with  representatives of social organizations that demand alleged unfulfilled commitments.

The business association added that “social conflicts are being fueled for other purposes, even criminal ones” and that “dialogue cannot coexist with impunity.”