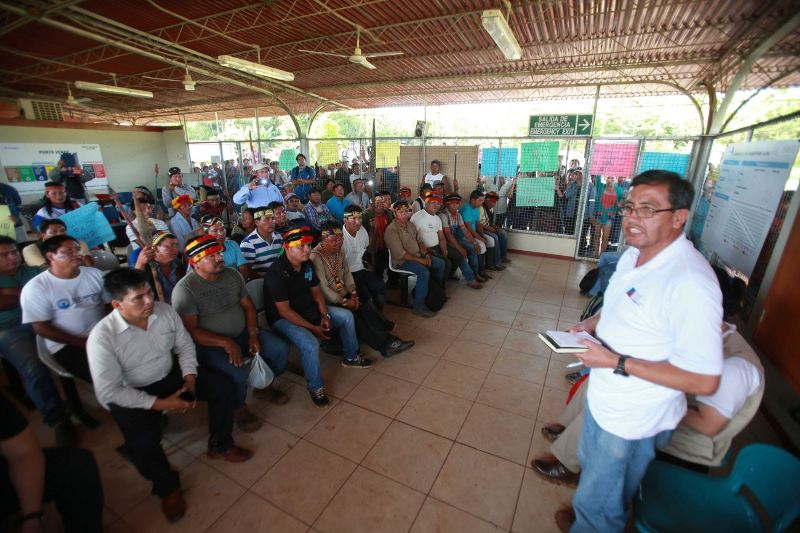 Protesters who had stopped production at Peru’s oil block 192 agreed to end their occupation after meeting with government officials yesterday.

Peru’s government led by housing minister Milton von Hesse tentatively agreed to address the indigenous organizations’ demands for titles to their land and to set aside funds for development and environmental cleanup.

The government also agreed to new investments in the region totaling over $40 million on projects including water treatment plants and electricity infrastructure.

Hundreds of protesters stopped production of 10,000 barrels per day at block 192, Peru’s largest, on Sept. 12. The protesters represented two of four indigenous organizations who walked away from negotiations with the mining and energy ministry required under Peru’s Prior Consultation Law.

The two organizations which had occupied the oil block do not oppose the licensing of the Canadian-owned firm, Pacific Stratus Energy, as have leaders in Loreto’s regional government and labor unions. Protests in Iquitos and throughout the state of Loreto demanded that state oil firm Petroperu operate the nation’s largest oil block.

The protests prompted debates in congress, which ultimately rewrote legislation which previously barred Petroperu from taking on extra debt in order to allow the company to drill the oil at block 192.

As the deadline for President Ollanta Humala to sign or veto the legislation arrived today, Humala announced in a speech that he would not sign the bill into law. The President said that his Cabinet would send a modified version back to congress for approval.