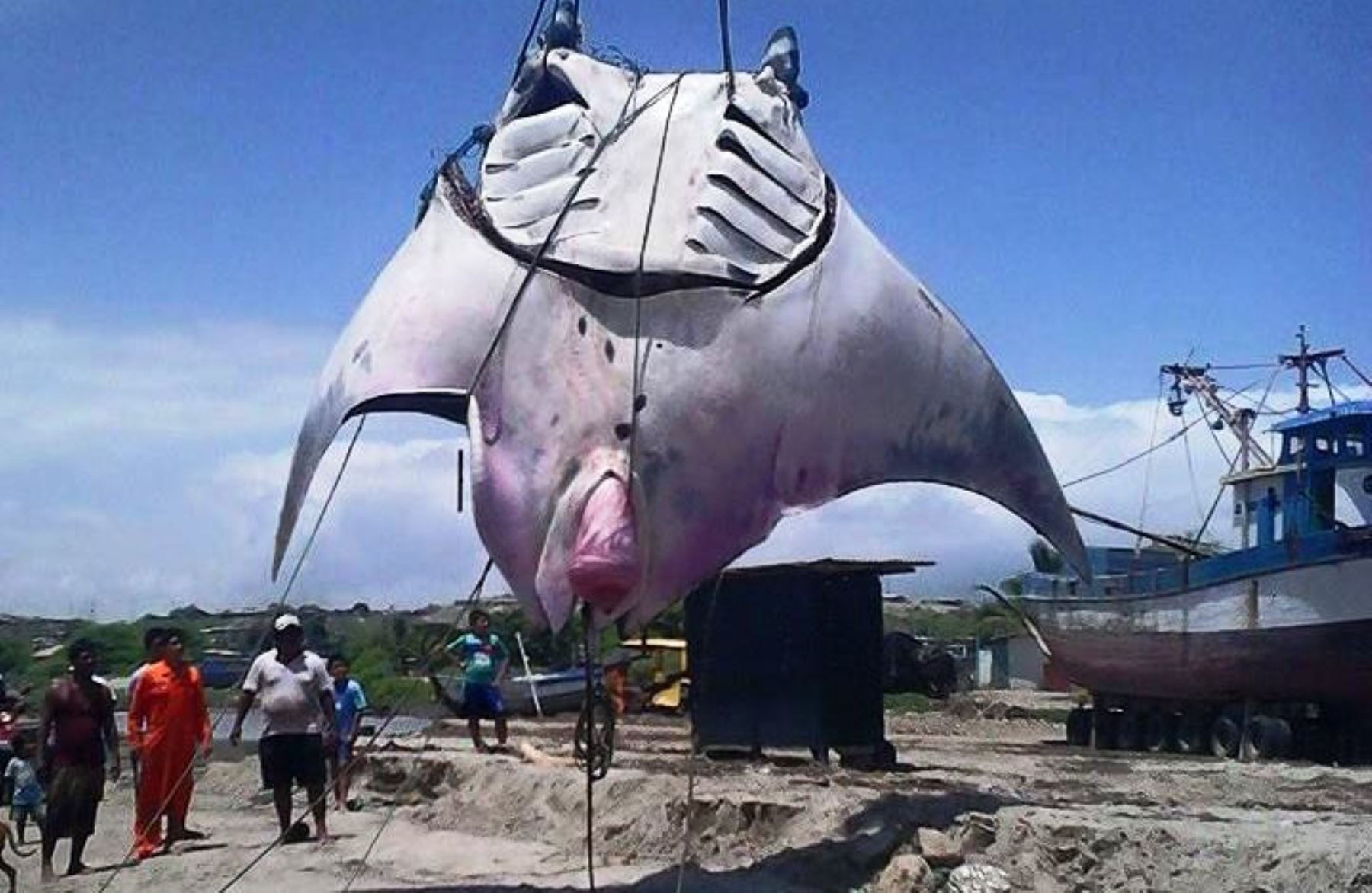 A giant oceanic manta ray measuring over 25 feet and weighing over 2,000 pounds was caught in the northern department of Tumbes last Saturday.

Oil worker Erick Cruz went fishing on his day off work with his father and a friend. After not having any luck for most of the day, the trio tied their boat to a nearby oil rig, cast their net and went to sleep. Around 3 a.m. they were shaken awake in their seven-ton boat. Something began to haul the boat by its anchor.

Because of demand for manta ray meat in the Lambayeque department south of Tumbes, the fishermen sold the manta ray’s meat for $0.08 per pound.

The largest species of rays, the giant oceanic manta ray is found in warm tropical and subtropical waters around the world. The giant manta ray feeds on oceanic plankton and occasionally small fish. Because they do not attack humans, a “dive tourism” industry has grown around swimming with and interacting with the giant manta ray.

While the giant manta ray is not endangered, the International Union for Conservation of Nature has designated the Manta birostris species as vulnerable since 2011 due to its low reproductive rates and tendency to be inadvertently caught by commercial fishers.