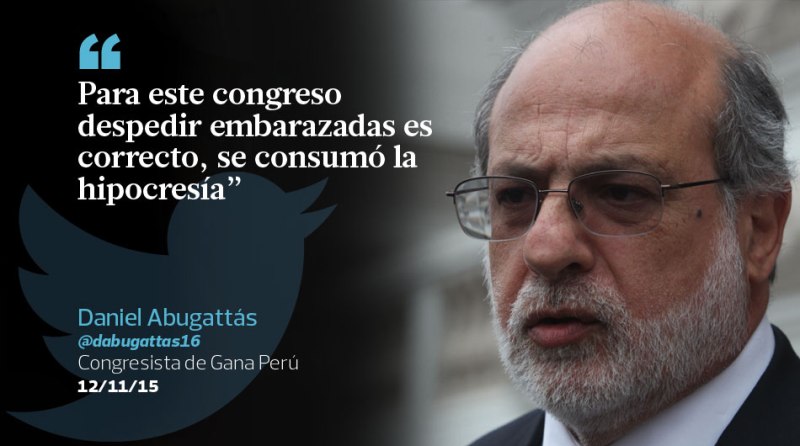 Congress ultimately voted not to suspend Ruiz in the session Nationalist Party congressman Daniel Abugattas partially recorded with his cell phone and transmitted via the Periscope app. Congress swiftly suspended Abugattas for 120 days.

“Abugattás is uncomfortable for the Tyres and Trojans,” Abugattas said, referring to the APRA and Popular Strength political parties which hold the most seats in Congress. “In the session they have taken advantage of this situation to get someone out of the way who would stand up on the auditing commission and who was threatening to release serious allegations in the Carwash case.”

Abugattas added that his suspension is out of proportion compared to congressman Jose Luna, who was suspended for 30 days for having “ghost employees” who received congressional paychecks despite working at the congressman’s Telesup university.

Suspending Abugattas effectively removes him from the daily debates in Congress during an election cycle. Abugattas alleged that Congress wanted to absolve Ruiz in secrecy.

Ruiz resigned from the ruling Nationalist Party in August to join the liberal Dignity and Democracy party. He is one of many defectors who have cut the ruling party coalition in half this year amid plummeting public approval for President Ollanta Humala and first lady Nadine Heredia.

“This is not a matter of ethics but of parliamentary discipline,” said APRA congressman Mauricio Mulder. “And 120-day suspension can be applied immediately when a congressman violates a reserved or secret session.”