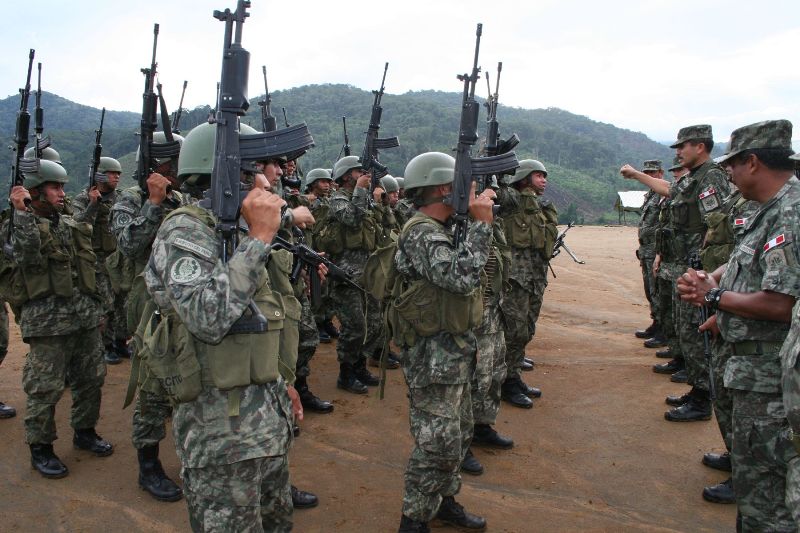 A large majority of Peruvians are in favor of the armed forces patrolling the city streets to deter rising crime.

A recent Ipsos survey showed that 58% of respondents believe that the armed forces should support the police in patrolling the streets while another 17% said the military should be dispatched to the cities even if it results in excessive force against the populace.

While the number in favor of a military presence to reduce crime in Peru has fallen from a high of 87% in April, only 19% said that Peru’s military branches are not trained to combat crime while 6% had no opinion.

The survey also looked to identify what Peruvians believe to be the underlying cause of rising crime. The leading two answers, each chosen by 42% of respondents, were inefficiency and corruption in Peru’s judicial system as well as a lack of values in society. 37% of respondents also mentioned inefficiency and corruption in Peru’s national police force.

The lack of faith in Peru’s judicial system and police have shown marked changes since the stories of a judge releasing 52 men arrested for invading and destroying a private residence in Lima, as well as a former police officer who was arrested for trafficking in grenades.

The survey reported that 90% of residents in Lima, where over a quarter of Peru’s population lives, do not feel safe in the streets. This figure jumped from 73% in April in part due to a series of extortion cases in which grenades were left outside Lima schools, including one which killed a police officer.

While the 25% of Lima residents who were victims of a crime in the last year did not change, 43% of respondents in Socioeconomic Level E, Peru’s poorest social class, had been victimized over the last 12 months. 57% and 69% of respondents from Socioeconomic Levels D and E respectively, which represent over a third of Lima’s population, reported not feeling safe inside their own homes.

With presidential elections in April of next year, politicians have seized on the public sentiment to call for increased security forces. Former President Alejandro Toledo, former governor of La Libertad Cesar Acuña and most recently former President Alan Garcia have called for Peru’s military to patrol the cities.

Peru’s two frontrunners for president have not endorsed the military as a tool for fighting crime. In a recent El Comercio profile of the candidates’ plan for governing, Pedro Pablo Kuczynski hopes to increase police officers’ salary and presence, launch a -prevention program of sports and community service throughout the cities’ neighborhoods as well as reorganize the police force.

Leading presidential candidate Keiko Fujimori did not provide El Comercio with her plan for governing.