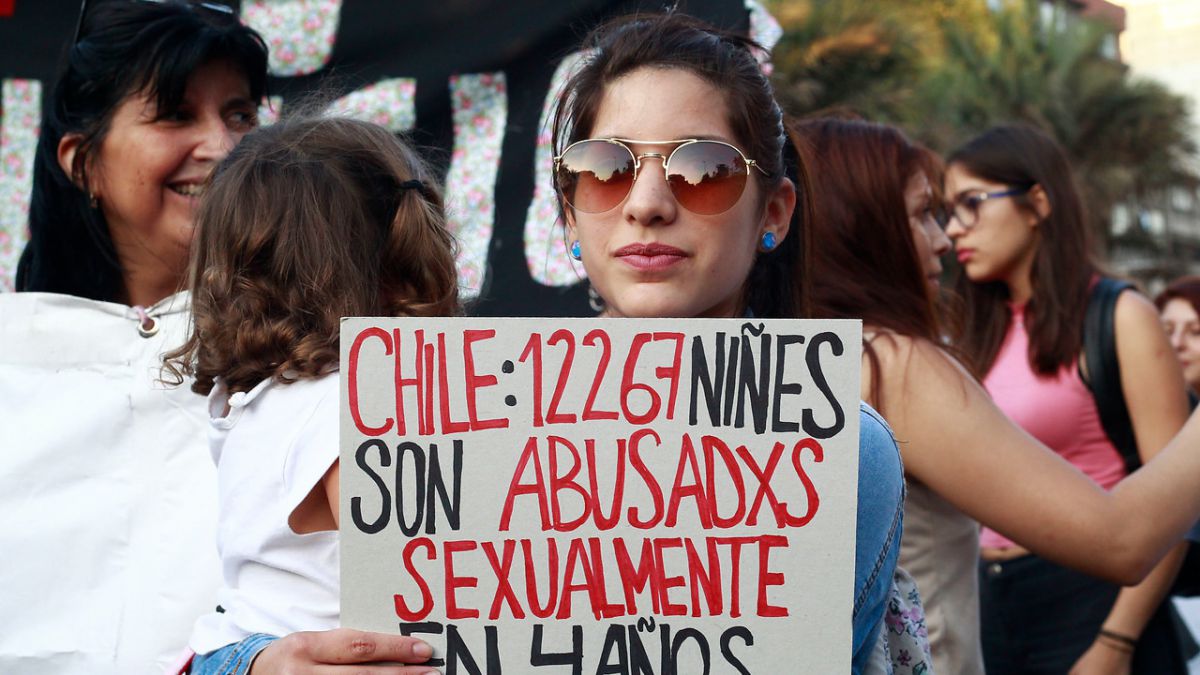 It is impossible to imagine the Spanish language without gender. Every noun is inextricably tied to its ‘el’ or ‘la’, and each adjective defers to its noun by feminising or masculinising itself. We wake up in our feminine bed, eat our masculine breakfast and gulp down a masculine glass of feminine water before we go to work every day.

But as the topic of gender becomes more and more politically charged, the Spanish language is coming under scrutiny and being labelled machista for its grammatical tendency towards masculinity.

Despite the feminine and masculine labels inherent in the language, when nouns describing people are pluralised, the picture gets a little more complicated.

Ever since the 90s, people have been pushing back against this, and LatinoUsa podcast recalls an LGBT site called Arenal that started to use ‘@’ and ‘x’ in order to avoid ‘gendering’ the word. Latino becomes Latinx, or Latin@. A more recent addition to this trend has been using ‘e’ as an alternative, so it doesn’t matter what gender your amigues are, they will all be contentes. Sildenafil Citrate online http://www.wolfesimonmedicalassociates.com/sildenafil-citrate/

This has become much more widespread in the last decade with the rise of feminist movements, and in Argentina, media coverage has seen examples of an ungendered Spanish being used naturally in speech. Natalia Mira, a student at protesting for the legalisation of abortion was interviewed by Clarin and instead of referring to “todos los diputados” (all the MPs), she talked about “todes les diputades,” thus employing wholly inclusive language without batting an eyelid. Banners at marches speak of those who have been “matadxs” (killed) or “violadxs.”

A video of a young girl recounting the whole linguistic situation to her teacher went viral, explaining how some trans people don’t identify with ‘todos’ or ‘todas’ and if they want to be referred to as ‘todes,’ “we should respect the way they want to be called.”

Unremarkably, this has sparked debate among many who believe that Spanish is fine how it is, thank you very much, and refuse to accept these confusing, impossible to pronounce and entirely ambiguous endings. The Royal Academy of Spanish (RAE) is the largest authority on the language, and replies with a categorical “absolutely not” when questioned if an x, @ or e ending is possible.

Pedro Luis Garcia, the ex-president of the Argentine Language Academy, spoke to Infobae explaining his views on the subject.

“The use of the @ sign at the end of the word to suggest the double value of both feminine and masculine is a monstrosity because the @ sign is not a linguistic character and cannot be integrated into words,” he said. “As for the use ‘x’ at the end of the word, ‘x’ itself doesn’t allude to a double meaning but rather to an unknown, as it is the symbol of an enigma to be solved.”

“When we read about the “Latino vote,” for instance, no one in their right mind believes the topic at hand to be strictly voters identifying as Latino men,” he wrote. “Anyone who doesn’t understand that the “Latino vote” means all Latinos, of any category (are there categories?), possesses at best a weak grasp on both the English and Spanish languages.”

On the other hand, as biological gender becomes less binary and more fluid, Spanish can become a challenge for anyone who doesn’t fit within the ‘el’ or ‘la’ box. Radio Ambulante, an NPR podcast, spoke to Micah, who doesn’t identify wholly with male or female, and found Spanish made saying anything a challenge.

“In Spanish, a neutral pronoun doesn’t exist. When you talk you need to give yourself a gender. It is very difficult to talk without saying: estoy cansado, estoy cansada [I’m tired],” Micah explained. “Like you say, tengo cansancio…and then it sounds weird. And all of that time you are thinking how to say this and that.”

There wasn’t really a decent solution that was available.

“I wouldn’t say the end of the words. I would say: estoy cansad…,” Micah went on to say. “And then you sound like you don’t know how to talk or something, or I spoke in English, and instead of saying the verb estoy cansado or cansada…I would say estoy muy tired.”

For English speakers, it is difficult to wrap our heads around the intrinsic ‘genderness’ of Spanish as genders don’t exist for most nouns. It seems an impossible task to take a language spoken by 437 million people and inject it with a massive dose of gender neutrality and send it on its merry way.

However, it has been done before, albeit not on such a large scale. Old English used to have three genders; masculine, feminine and neutral, which were used between the 5th and 13th centuries and immortalised in the epic poem Beowulf, which was written around 750 AD. However, over the years the language evolved, mixing with old Norse, French and Germanic languages, and the gendered endings finally dropped off the words.

A more recent example told in LatinoUsa’s podcast was in 1886, when a statute about practising law used ‘he’ as the third person pronoun throughout. It was decided that this excluded women from practising law, and the language developed more gender-neutral options, such as ‘one,’ ‘they,’ or even a failed attempt to bring in ‘hiser’ as a gender-neutral pronoun.

It is an undeniable fact that language evolves, but how it evolves cannot be dictated by a minority group. The reason that words like ‘selfie,’ ‘twerk’ and ‘lol’ are now in the dictionary is entirely due to the fact that millions of people use these words on a daily basis, and, most importantly, understand each other. Your grandmother might not understand what twerking is, but she is in the minority and has probably never heard of Miley Cyrus either.

The question surrounding this new use of language is not whether it is right or wrong, it is whether it will last. Are we seeing a language revolution that will be taught in history classes as students read Old Spanish with all its finickity genders, or merely a fad that will rise and fall in popularity as society sees fit?

Or, maybe that’s not the question at all. Despite the strong opinions being heaved around on the internet, I think the most important thing here is the element of choice. If somebody wants to talk about their amigos, then let them. If instead, they want to tell their mum they’re meeting an ‘amigue’ after school to avoid any awkward questions, then they should have the right to do so. A transgender woman may have sacrificed a lot to identify openly as a woman, and she should have the right to call herself latina, be proud of it, and own that identity.

We cannot force a new language style upon people, but if it slowly gets adopted by the majority, and you have more amigues, amigxs or amig@s than amigos, then the future might see a development in Spanish to a more gender-neutral form of communication.

*The above is an opinion article and does, by no means, represent the editorial viewpoints of Peru Reports