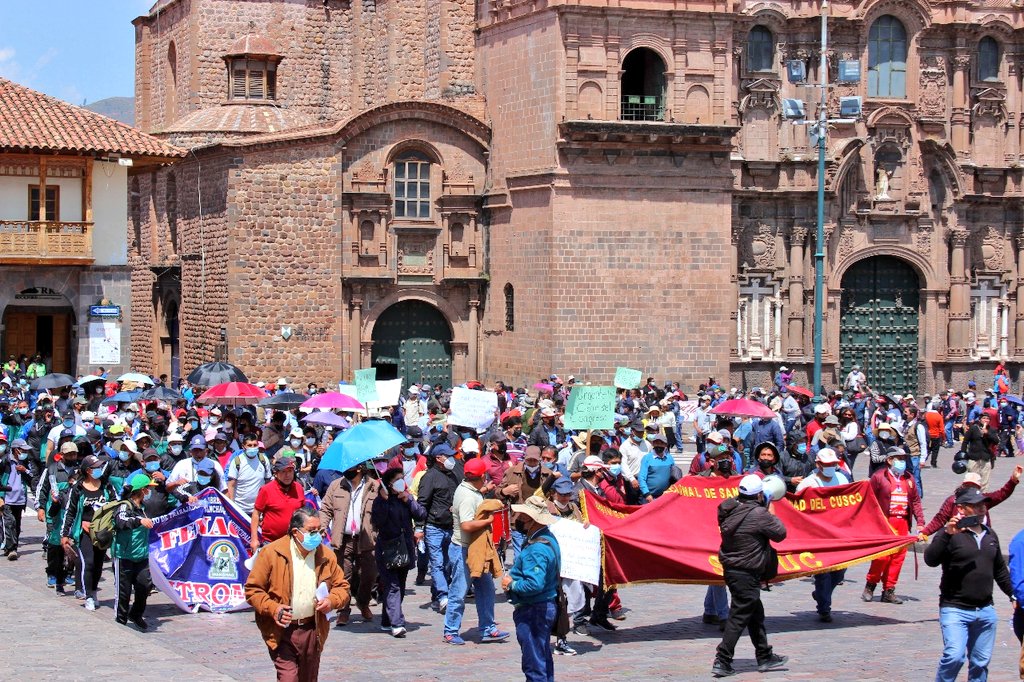 A strike earlier this week in the region surrounding Cusco, Peru reportedly caused millions of dollars in losses and left more than 2,000 tourists stranded near Machu Picchu, the country’s most popular tourist destination.

The 48-hour strike was called on April 18 by more than a dozen regional unions that demanded the government of President Pedro Castillo take measures to reduce the cost of food, fuel and gasoline. Peru’s inflation hit a 26-year high in March, according to Reuters.

Reports from the region showed tourists traveling several kilometers on foot to get to their destinations with transportation shut down by the strike. According to Peru’s government press service, Andina, trains from towns close to Machu Picchu began running on April 19.

News agency RPP reported that nearly 8,000 tourists who visited Cusco were unable to access the tour packages they purchased and another 5,000 people canceled their tours all together due to the shutdown.

Edy Cuellar, president of the Cusco Chamber of Commerce, the largest business association in the region, reported that the economic losses in Cusco will be around 100 million soles (USD $26,914,740).

According to the Chamber, the most affected companies are expected to be small and medium-sized businesses, which represent 95% of the tourism, transport, hotel, trade, restaurant and construction companies in the area.

The Regional Manager of Foreign Trade, Tourism and Crafts (Gercetur), Rolando Mendoza Escalante, told Andina that “this type of demonstration generates serious damage, which may be even greater.”

“Peace in society is necessary for tourism, because the constant demonstrations generate inconveniences. In two years, the tourism sector has been hit hard by the pandemic,” he said.

Union leaders in Cusco, along with organizers in other parts of the country, are upset with the Peruvian government’s lack of a solution to rising costs of everyday goods.

In Cusco, union leaders demanded the implementation of a proposed agrarian reform, improvements in gas contracts and the construction of the “Gaseoducto Sur Peruano,” a project to build a gas pipeline in the south of Peru. 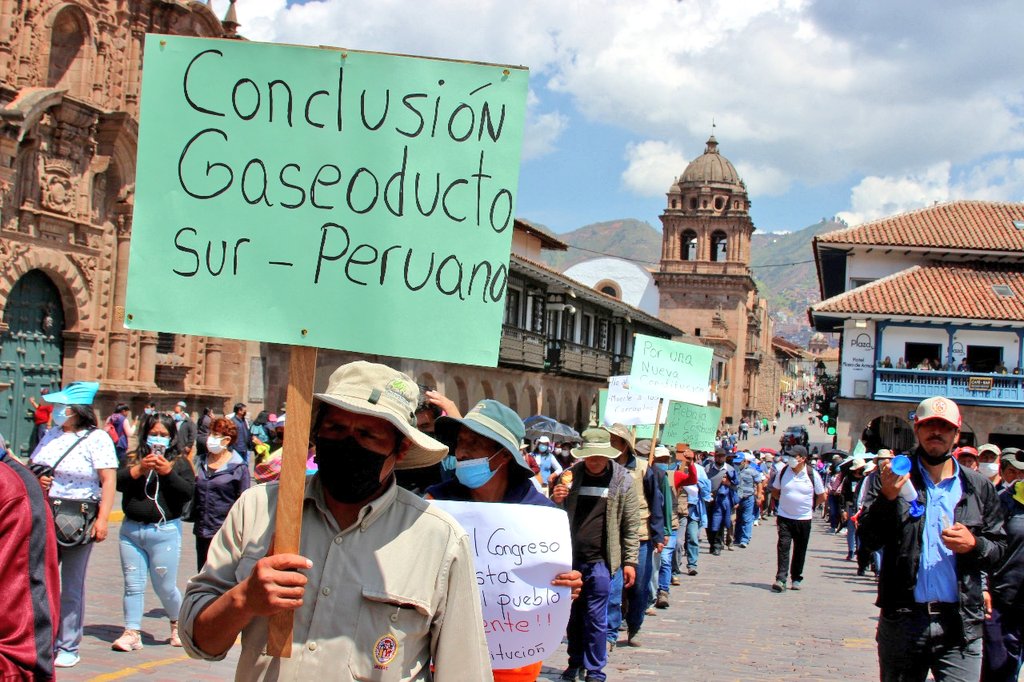 Protests in Cusco, Peru. Image courtesy of @Vero_Mendoza_F via Twitter.

A statement from the Cusco Chamber of Tourism said that the organizations called a strike “to protest against the misrule, corruption and inefficiency of the government.”

On April 18, the Prime Minister of Peru, Aníbal Torres, arrived in Cusco to set up a dialogue channel with protesters, and on Friday, April 22, President Pedro Castillo visited Cusco to negotiate with organizers.

“If there are no more concrete solutions, we will go on an indefinite strike starting Monday,” said strike leader Walter Torres, secretary of the Túpac Amaru Revolutionary Agrarian Federation (Fartac), ahead of the President’s visit.