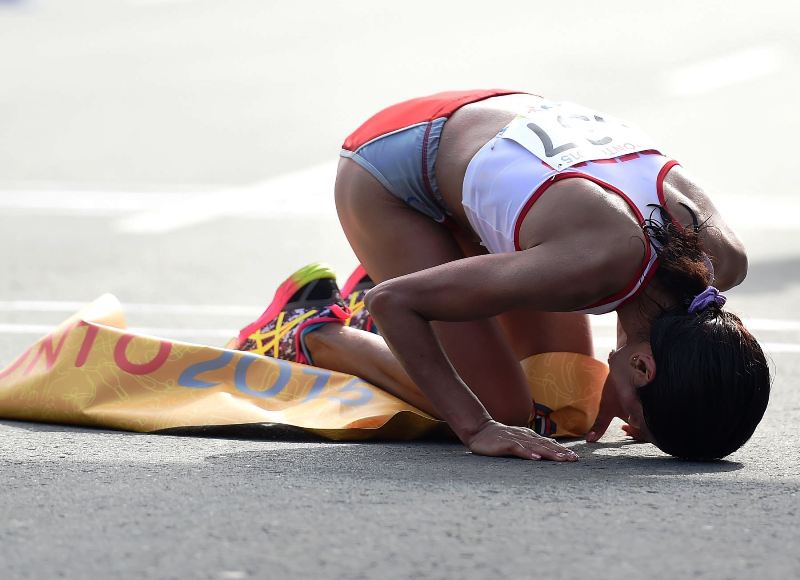 Peruvian marathoner Gladys Tejeda will lose her gold medal won at the 2015 Pan American Games after testing positive for a banned substance.

Pan American Sports Organization (PASO) president Julio Maglione confirmed on a radio program yesterday that the Pan Am Games would strip Tejeda of her medal for testing positive for the banned diuretic, furosemide.

Tejeda won the marathon event at the 2015 Pan American Games in Toronto on July 18 with a time of 2:33:03, which set a new Pan Am Games record. The sports body announced on Aug. 20 that Tejeda tested positive for the diuretic. However it was not clear until yesterday whether the organization would strip Tejeda of her medal.

Tejeda’s team maintains that she took the diuretic with a medical prescription after being hospitalized last year for kidney problems which caused her to body to retain water. However they did not complete the required disclosures and applications with PASO before the event in Toronto.

“We know that the athlete consumed a banned diuretic for medical reasons without seeking a sporting advantage,” said Victor Puente, president of the Peruvian Olympic Committee (COP). “We will continue defending our athlete while recognizing that she ingested the substance. The error was in not having informed the federation or the COP on time.”

Furosemide, commonly marketed under the Lasix brand name, is listed among over a dozen diuretics and masking agents as prohibited at all times by the World Anti-Doping Agency.

Tejeda’s loss will be the second Pan Am Games medal Peru loses due to banned substances this year. Swimmer Mauricio Fiol was stripped of his silver medal after testing positive for anabolic steroids.