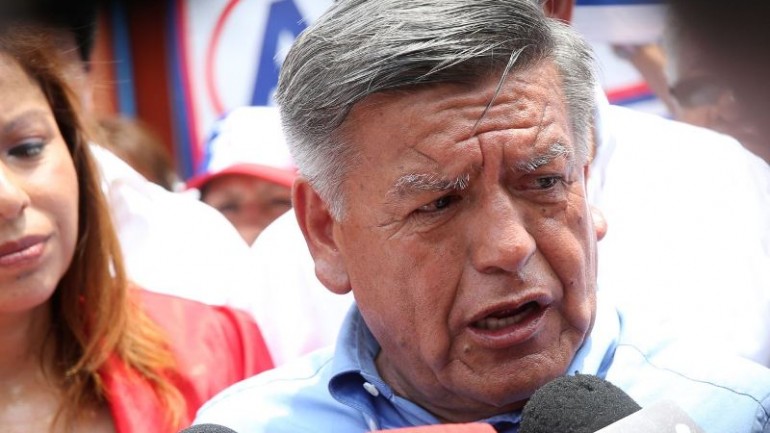 Peru’s JEE special elections tribunal ruled the former Trujillo mayor and founder of Cesar Vallejo University should be removed after a video surfaced depicting the candidate promising money to vendors in a Lima market. Peruvian law punishes vote buying with disqualification from elections.

“Presidential candidate Cesar Acuña Peralta clearly incurred conduct prohibited in Article 42 of the Law on Political Organizations, since he promised and offered money in a campaign activity for the Alliance for Progress coalition,” reads the JEE statement.

“We will definitely present an appeal today,” said a legal spokesman for the Alliance for Peru party. “We will prepare our case and we will rely simply on the National Elections Board.”

After rising in the polls to a second-place tie with Pedro Pablo Kuczynski, a slew of scandals rocked Acuña’s campaign starting with allegations of plagiarism in January. In February El Comercio reported that he had published another professor’s book under his own name.

As his support began to evaporate, Acuña offered money to market vendors in Lima to build a retaining wall ahead of forecasted flooding from El Niño as well as a handicapped man in Piura.

Acuña’s second vice president and top political consultant have resigned from the campaign, and first vice presidential candidate Anel Townsend all but quit in a statement distancing herself from the candidate.

This story is currently developing.