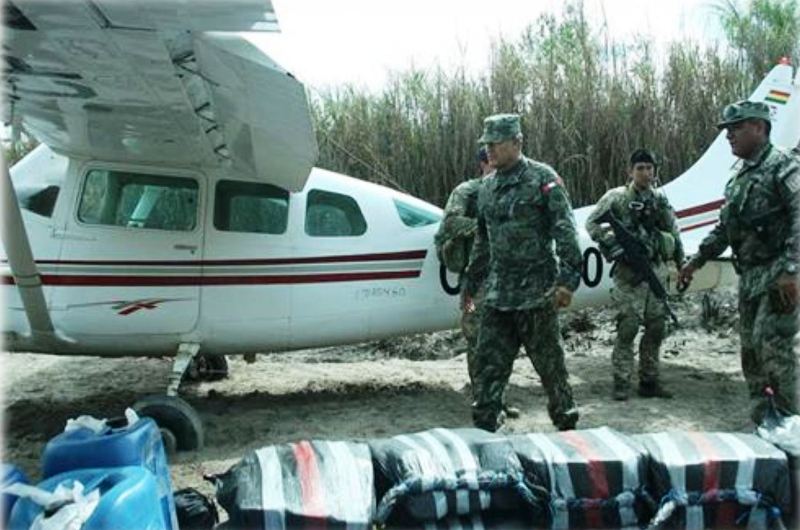 Peru’s congress approved a law to allow the air force to shoot down private planes suspected of smuggling drugs over its airspace.

The congressional vote yesterday was unanimous with 89 votes in favor and none against just before an election year when crime is the country’s greatest challenge according to public opinion polls.

“There is no doubt that this initiative addresses one of the fundamental aspects in the fight against illegal drug trafficking, aimed at preventing the movement of chemical inputs into the area of production, which in this case is the VRAEM,” said Nationalist Party spokesman Hugo Carrillo.

The law has been under debate since 2013, when small aircraft entering from Bolivia overwhelmed the coca-producing VRAEM region and clandestine airstrips multiplied. Officials say the planes bring chemical ingredients to produce cocaine from coca and return to Bolivia with processed cocaine.

Congressman Carlos Tubino, sponsor of the bill, says that over half of the cocaine Peru exports is smuggled out by plane. He adds that between 600 and 1,000 small aircraft are detected entering Peruvian airspace each year, 95% of which come from Bolivia.

Supporters point out that the law only allows for planes to be shot down as a last resort. The law mandates four progressive steps called “identification, intervention, persuasion and neutralization.”

In the persuasion step, air force officials will demand a plane land and fire tracer ammunition, which is visible to the naked eye, as warning shots before proceeding to shoot down the plane.

The program is opposed by the United States, whose officials lobbied to prevent the bill’s passing. Peru operated a similar program in the 1990s in partnership with the United States. However it was cancelled after a Peruvian fighter plane coordinating with the CIA shot down a plane carrying Baptist missionaries from the United States, killing Roni Bowers and her infant daughter.