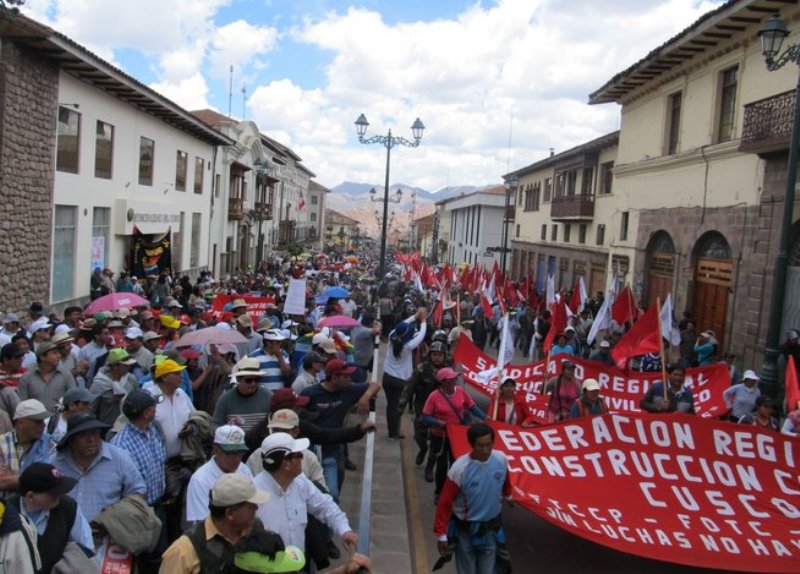 After a two-day protest paralyzed tourism in the city of Cusco, the congressional committee on cultural heritage attempted to exempt the southern state of Cusco from the law. However a majority of legislators backed its outright repeal over exemption.

The law which was passed less than a month ago was repealed last night by a vote of 56 to seven with three abstentions.

“[Decree 1198] is a great opportunity for those regions where universities and other foundations can help finance research and maintenance of the monuments,” said deputy culture minister Luis Caceres. He added that the people of Cusco were led to believe that the law would transfer the sites’ property title to private companies.

Peru’s culture ministry proposed the law last month in an attempt to attract investment to some of the country’s 19,000 archaeological sites, many of which have been abandoned by regional governments. The law met immediate opposition in Cusco, the former Inca capital and home to the Machu Picchu ruins which rank among the top tourist destinations in South America.

However the law would not have applied to Peru’s top archaeological sites considered to be of world or national heritage. The law was also designed on an “opt in” basis so individual states would decide whether to license companies to provide cleaning, security, restaurant and museum services at their archaeological sites.

“This is a good law,” said culture minister Diana Alvarez. “It would apply especially for those archaeological sites which require greater protection and investment.”

But Cusco politicians and labor leaders decried the privatization of cultural heritage and centralization of the sites’ management.

“[The law serves] the greed of the businessman and will destroy the archaeological wealth of Cusco,” said Wilfredo Alvarez, secretary general of the FDTC labor union. “We must take to the streets to push back against the privatizing aim of the government.”

Politicians including Cusco’s state governor and city mayor joined labor unions to lead protests which prevented 3,000 tourists from visiting the pre-Hispanic ruins on Wednesday and Thursday.