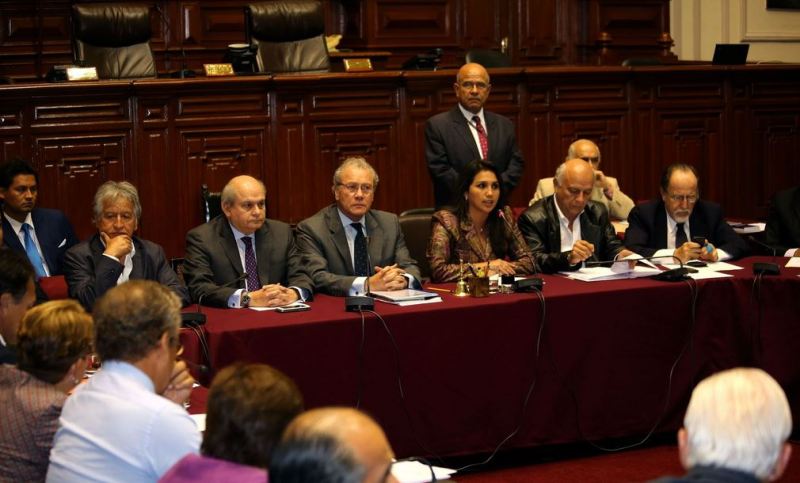 Peru recalled its ambassador to Chile on Saturday after submitting the names of two Chilean naval officers allegedly involved in an espionage case against Peru.

After revelations of Chilean espionage against Peru’s navy, an emergency meeting was held at the Government Palace last Friday. President Ollanta Humala met with the national chancellor, defense minister and the navy’s general in command to send a letter of protest to Chile. The government also recalled its ambassador from Santiago for discussions on how to proceed.

In a closed hearing in Peru’s congress yesterday, Peru’s chancellor and defense minister testified for four hours in front of 25 legislators and intelligence agents. After the hearing, chancellor Gonzalo Gutierrez confirmed to the press that a letter of protest sent from Lima to Santiago included the names, ranks and photos of at least two Chilean naval officials suspected of espionage against Peru.

Gutierrez added that the Peruvian government wants to have a “constructive relationship” with Chile “based on transparency.”

Chile’s ambassador to Peru was on vacation in Chile during the revelations. Chile’s chancellor has confirmed that their ambassador will return to Peru to respond to the allegations. Peru’s ambassador to Chile will remain in Lima pending a response from Santiago.

Peru’s military has charged Johnny Philco and Alfredo Dominguez, two naval technicians, and is investigating a third for passing information to Chile.

Since 2005, Philco traveled six times to Chile and five times to Argentina to meet with Chilean officials. Dominguez traveled four times to Rio de Janeiro and Sao Paolo to meet with who he says he believed to be an Italian fishing executive named Giancarlo Campiolo, who Peruvian intelligence has confirmed is a lieutenant in Chile’s navy. The Chilean asked Dominguez for information about Peru’s naval ship movements.

Chancellor Gutierrez has stated that classified intelligence was sold, dismissing Dominguez’s claim that only information about Peru’s fishing industry was transferred.

In 2009, an official in Peru’s air force confessed to having transmitted information to Chilean military. When Peru presented Chile with the names of his contacts, Michelle Bachelet’s government responded that no military personnel with those names existed. In this case, however, Peru has verified the identities of two Chilean naval officials.

These tensions come little over a year after the Hague’s decision settled a maritime border dispute between the neighboring countries. The territorial waters in question include substantial fishing resources.