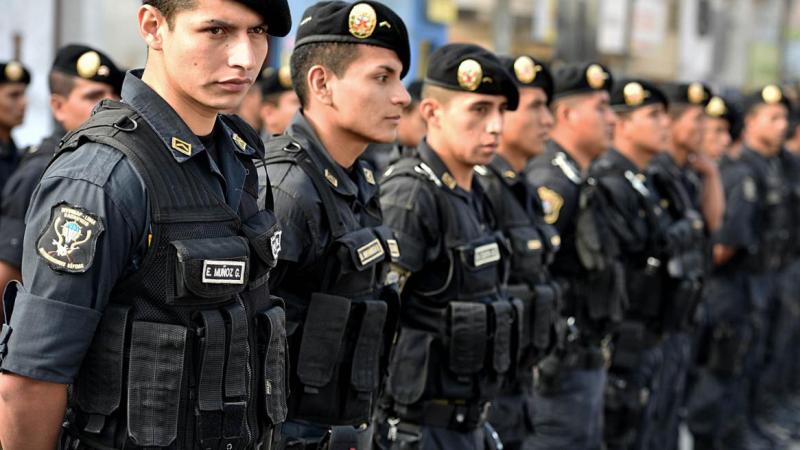 The first policy debate between presidential candidates Keiko Fujimori and Pedro Pablo Kuczynski arose after Fujimori vowed to repeal a recent change to police officers’ workweek in Peru. The daughter of former President Alberto Fujimori said that Humala had betrayed police by ending the workweek known as “24×24,” in which officers work 24-hour shifts punctuated by 24 hours off.

The system allowed police officers to sleep in police stations equipped working on call in case of an emergency. The scheduling allowed officers ample free time to supplement their salary by working as private security guards in banks, casinos and restaurants.

“The police have been affected in their income and earnings. We propose returning to 24×24 temporarily until we can increase wages with a larger budget,” Fujimori said at a rally outside Lima. “We have to raise morale. We need police in the street to fight crime.”

The 24×24 scheme was widely popular among Peru’s 32,000 police officers. Police officers who did not want to earn extra money had the option to spend more time with their families.

Fujimori’s proposal drew immediate criticism from officials in Humala’s government and other politicians. Critics allege that Peru requires a professional police force which is undermined by 24×24. They say that police who are also freelancers are more likely to accept bribes or favor their private employers in situations when working as police.

“It is not true that [police officers’] salary was not increased, because it has risen between 92% and 108%,” interior minister Jose Luis Perez said at a press conference. “It is false that they cannot work. They can do as any of us in any field except one which is incompatible [with being a police officer]: security work.”

The decree enacted by Humala last September increased police salaries, but it was not enough to offset the loss of well-paying jobs in private security.

“I think there is a problem in the sense that the police have lost income, so we have to compensate for that,” Kuczynski told El Comercio. “But we need cops who have just one job, not two.”

Kuczynski looks to progressively phase out the two annual bonuses the police receive in order to incorporate the amounts into their monthly salary. As part of the salary, the money would help fund their pensions.

“Most of the young officers want Keiko Fujimori so they can go back to 24×24. But many of the older police like Kuczynski’s plan to move our bonuses into our salary,” the officer said. He added that many older officers would retire immediately if that plan were implemented.

Rising crime is voters’ top concern in Peru’s 2016 elections according to opinion polls.